In California, victims of sexual assault and abuse have a right to file a civil lawsuit against their abusers and other parties responsible for what happened. However, when the defendant is a third party that did not cause the abuser’s conduct or the resulting abuse, the court will generally find that no duty exists. There is an exception to this general rule when the third party has a special relationship with either the perpetrator or the victim. In Brown v. USA Taekwondo, Cal. Sup. Ct. Case No. S259216, the California Supreme Court established a two-step framework for determining whether a special relationship and an affirmative duty to protect exists.[1]

Yazmin Brown, Brianna Bordon, and Kendra Gatt trained in taekwondo for the Olympics when they were teenagers. Each of the three athletes was coached by Marc Gitelman and frequently traveled with him to competitions and training events in California and throughout the country. Gitelman sexually abused each of the teens when they traveled to competitions. His abuse continued for several years until he was banned from coaching by USA Taekwondo. Subsequently, Gitelman was convicted of multiple felony sex abuse offenses for his sexual assaults and abuse of the three teen girls.

END_OF_DOCUMENT_TOKEN_TO_BE_REPLACED

Sexual abuse is a prevalent problem in youth sports. Many people have heard about the pervasive sexual abuse that was perpetrated against Olympic gymnasts by a gymnastics doctor. In Brown v. USA Taekwondo, Cal. Ct. App. Case No. B280550, the court considered whether organizations could be held to be responsible for the sexual assaults and abuse that are perpetrated by coaches that are certified through the organizations.

Brianna Bordon, Kendra Gatt, and Yazmin Brown were teenagers who took taekwondo lessons from Marc Gitelman, who was certified by USA Taekwondo to coach athletes who wanted to try to be selected for the Olympics. All three girls were 15 or 16 at the time. Gitelman sexually abused all three girls, and he was subsequently arrested and convicted of several felonies.

END_OF_DOCUMENT_TOKEN_TO_BE_REPLACED

Sexual abuse is a prevalent problem in youth sports. Many people have heard about the pervasive sexual abuse that was perpetrated against Olympic gymnasts by a gymnastics doctor. In Brown v. USA Taekwondo, Cal. Ct. App. Case No. B280550, the court considered whether organizations could be held to be responsible for the sexual assaults and abuse that are perpetrated by coaches that are certified through the organizations.

Brianna Bordon, Kendra Gatt, and Yazmin Brown were teenagers who took taekwondo lessons from Marc Gitelman, who was certified by USA Taekwondo to coach athletes who wanted to try to be selected for the Olympics. All three girls were 15 or 16 at the time. Gitelman sexually abused all three girls, and he was subsequently arrested and convicted of several felonies.

END_OF_DOCUMENT_TOKEN_TO_BE_REPLACED

The victims of sexual abuse committed against them in schools may file lawsuits against the perpetrators, administrators, and the school district when the school knew or reasonably should have known about the risk that the perpetrator posed to others. When these cases go to trial, plaintiffs may have to rely on earlier misconduct to show that the school district had notice. In D.Z. v. Los Angeles Unified School District, Cal. Ct. App., Case No. B283799, the California Court of Appeals reviewed whether the trial court should have admitted evidence of other prior misconduct on the part of a teacher to show that the Los Angeles Unified School District had notice that the teacher had a propensity to commit sexual abuse of students.[1]

Procedural and factual background of the case

D.Z. was a 16-year-old girl who was expelled from her previous high school because she reportedly threw a book at the school’s dean. She was subsequently enrolled at Miguel Leonis High School in Sept. 2010, a school within the Los Angeles Unified School District for at-risk students. The school consisted of four classrooms with the principal’s office central to each one. The principal was able to see into the individual classrooms through open doors. There were only 130 students at the school, so the setting was more intimate, and the students were able to develop closer relationships with their teachers than students were in larger schools.

END_OF_DOCUMENT_TOKEN_TO_BE_REPLACED

It doesn’t matter the nature of the organization – the workplace should feel like a safe and secure environment for its employees. However, in countless unfortunate cases, it can be a place of unwelcomed interactions leading to sexual discrimination, harassment, or worse – sexual assault.Not only are these actions physically and emotionally abusive, they create an unhealthy, unproductive atmosphere in the workplace that holds employers accountable. In 2018, the #MeToo movement raised considerable awareness and visibility of sexual harassment and assault in the workplace, making clear the personal toll it takes on victims’ lives. As a result, more and more victims are taking legal action to bring justice and closure to their cases.  Sexual assault and sexual harassment are both situations that can be difficult to distinguish. For instance, a common question that arises in these cases is “Where does sexual harassment end and sexual assault begin?” Unfortunately, the answer to this question may not be as clear as you would think. Below we help to develop clarity around situations of sexual assault in the workplace, and what victims need to know after encountering such behaviors.

END_OF_DOCUMENT_TOKEN_TO_BE_REPLACED
A recent case that happened in Phoenix, Arizona shocked many people in California and around the world. The case involved a woman who has been in a vegetative state for years who gave birth. The woman’s case involves both potential criminal and civil liability issues. If it had occurred in California, there are a couple of potential causes of action that could apply.

A 29-year-old woman who is a member of the San Carlos Apache tribe in Arizona suffered a near-drowning incident. She has been in a coma ever since for more than a decade. The woman has lived in a long-term care facility called Hacienda Health Care in Phoenix since that time. On Dec. 29, the woman gave birth to a baby despite the fact that she has never regained consciousness from her coma.

END_OF_DOCUMENT_TOKEN_TO_BE_REPLACED 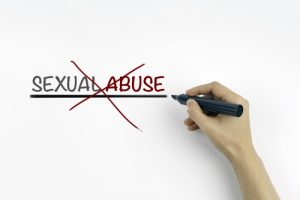 When people file civil lawsuits against entities, including churches, that might be responsible for sexual abuse that they have suffered, the organizations must comply with discovery rules. If they do not comply with discovery requests and orders, they may face sanctions. In J.W. v. Watchtower Bible & Tract Society of New York, Cal. Ct. App., Case No. E066555, the court reviewed whether terminating sanctions were appropriate in a case in which the defendant refused to turn over documents despite multiple court orders.

J.W. is a female who was born in 1997. She was raised from birth in the Jehovah’s Witnesses faith. The Jehovah’s Witnesses have an organizational hierarchy in which the Watchtower serves as the central power. Underneath the Watchtower, the church’s structure is divided into circuits, which are each composed of from 20 to 22 congregations. Each individual congregation is governed by a group of elders. The elders are responsible for managing all of the activities of the congregation, including door-to-door proselytizing, finances, and determining the guilt and punishment of individual members who commit serious sins.

END_OF_DOCUMENT_TOKEN_TO_BE_REPLACED
When lawsuits are filed by plaintiffs against hospitals in California, the hospitals may file motions for summary judgment if there are no triable material issues of fact. In order to prevail on a motion for summary judgment, a hospital may call an expert witness to opine that the hospital met the reasonable standard of care. If the expert’s testimony indicates that the reasonable standard of care was met, the burden of proof then shifts to the plaintiff to show that there are still material issues of triable fact. If the plaintiff is unable to present evidence that there are remaining issues of triable fact, the court may dismiss the lawsuit. However, as Doe v. Good Samaritan Hospital Inc., Cal. App. 5th, Case No. F073934 shows, the burden will not shift to the plaintiff in cases in which an expert’s testimony is purely conclusory without any underlying facts to support the opinion.

The plaintiff was a 12-year-old boy who had a history of Asperger’s syndrome and bipolar disorder. He was voluntarily admitted to the Good Samaritan Hospital, a psychiatric facility, after suffering from homicidal and suicidal ideations because of his treatment at school. At the hospital, he was placed in a room with a 10-year-old boy who had been involuntarily committed called K.W. The 10-year-old boy had been placed in the facility on a psychiatric hold because of homicidal ideations and an assault on his stepfather that required medical treatment. He was also thought to be a danger to his two younger brothers.

END_OF_DOCUMENT_TOKEN_TO_BE_REPLACED

Women in cities across the U.S. have reported being sexually assaulted by Uber drivers after ordering rides through the company’s ride-share app. Two women filed a lawsuit against Uber in November 2017 for its alleged failure to conduct stringent background checks. Seven more women were added to the lawsuit as plaintiffs through an amendment. Uber has responded by filing a motion to compel arbitration of the women’s claims, an action that the women and their attorneys are fighting. When there is a forced arbitration clause contained in a user agreement, there are some situations in which the court may invalidate it and allow the cases to proceed through the court system instead of arbitration. (Note: for a general overview of California law on civil lawsuits for sexual assault, visit our related post here ).

In Nov. 2017, two women filed a lawsuit against Uber after they were sexually assaulted by Uber drivers. The lawsuit was certified as a class action because hundreds of women across the U.S. have allegedly been raped by Uber drivers. The women are suing Uber because the company allegedly has inadequate background screening systems in place for its drivers. Uber filed a motion with the court in February requesting that the court compel arbitration in the case. The plaintiffs filed an amendment to the complaint on March 15 in which seven women were added as plaintiffs. The women and their attorneys are fighting the motion to compel arbitration and want to keep the case in federal court.

END_OF_DOCUMENT_TOKEN_TO_BE_REPLACED
In California, residential care facilities owe a duty of care to their residents. In some cases, that duty extends to when the residents are off of the facility’s campus, depending on the circumstances. In Doe v. FamiliesFirst Inc., Sacramento Superior Court, case number 34-2014-00172564, how that duty applies when residents wander off of campus and are harmed was demonstrated.

EMQ FamiliesFirst was a residential care facility that provided educational services, housing and mental health to children between the ages of six and 15. The plaintiff was a child who lived in the home and received services. He was sexually assaulted when he wandered away from the facility.