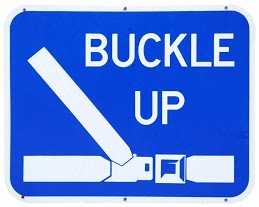 As a personal injury lawyer, I have seen my fair share of car accident injuries related to lack of seat belt use.  I had a case recently where a vehicle went off winding road in the hills of Los Angeles and one passenger as killed and another occupant seriously injured due to not wearing their seat belts.  Safety restraints are vital to reducing these types of tragic cases.

The National Highway Traffic Safety Administration estimates that use of personal safety restraints in vehicles it the number one most important thing any person can do to reduce the risk of serious bodily harm or death related to a car crash.  In fact, in a study conducted in between 1994 and 2007, there was a direct correlation between auto collisions resulting in fatalities and lack of use of restraints.  Moreover, the Centers for Disease Control has examined numerous sources and determined that the increased seat belt use since 1975 (when many states began to make seat belt use mandatory) has decreased the number of passenger and driver deaths in automobile crashes by hundreds of thousands of people.  It is for this reason that all but one state (New Hampshire) now have seat belt laws on the books which require passenger and driver restraints for both front and rear seat occupants.  The bottom line is that, based upon all reputable studies to date, restrained drivers and passengers sustain much fewer fatal incidents and catastrophic injuries than non-restrained persons.