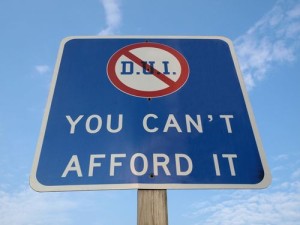 A San Diego jury awarded a plaintiff $1.5 million on Feb. 5, holding that On The Border, a Mexican chain restaurant, was liable for one of its employee’s drunk-driving hit-and-run accident. If the case survives an appeal, the decision could potentially have a huge impact on the meaning of the scope and course of employment in future cases, which determines whether or not an employer may be held liable for the actions of their employees.

In the incident, an employee of the Mission Valley restaurant stayed there after he had gotten off from his shift in order to have some drinks with his coworkers to celebrate his birthday. The group stayed for around three hours before heading home. Intoxicated, the defendant still decided to try to drive himself home after the party. While he was on his way, he struck and severely injured a Taiwanese foreign exchange student who was riding his skateboard in the bicycle lane. Instead of stopping, the defendant then drove off. The California Highway Patrol was later able to find the defendant, and he pled guilty to a felony count of hit-and-run driving.

Dram Shop Laws and the Potential Effect of This Case

California has significantly limited liability for businesses that serve alcohol to customers. These laws are called dram shop laws. Historically, the dram shop liability laws prevented people from suing a business for serving alcohol to a person who then left and caused a drunk driving accident. The protection for businesses extended even if the person being served was obviously intoxicated. In this case, the employer’s exposure to liability was greatly expanded beyond dram shop liability principles, however. The plaintiff instead relied on a theory called vicarious liability, through which an employer may be held liable for the actions of their employee if the employee was acting within the scope of their employment at the time of the accident.

The key issue in determining whether an employer may be held liable for their employee’s negligent or wrongful conduct is whether the employee was acting within the course and scope of their employment at the time or whether they were instead acting in a personal capacity. Normally, employees who are off-duty when they have accidents have been found to not be acting within the scope and course of their employment. The plaintiff’s attorney in the current case argued that, because On The Border regularly allowed its employees to remain on the premises and drink alcohol after work, the defendant was acting within the normal scope and course of his employment. This interpretation, if upheld on appeal, would greatly expand the meaning of what types of actions result in employer liability. If it is upheld, it is likely to cause businesses to make major changes in how they do things, possibly requiring employees to leave when they are not on the clock, refusing to serve alcohol to them and not allowing alcohol to be served at parties.

In another case, Purton v. Marriott International Inc., the California Court of Appeal for the Fourth District recently ruled that a business may be held to be vicariously liable for the actions of their employee for a drunk-driving accident that happened at an after-hours, company-sponsored party. The defendant worked as a bartender for the hotel, which through an annual holiday party at which alcohol was provided. The defendant drank alcohol before he arrived and continued to drink hard liquor while he was at the event. The hotel’s manager served as a bartender for the party, and he filled the employee’s flask so the employee could take it to go when he left. While the employee managed to make it home, a group of other employees also went to his house. After around 20 minutes, the employee tried to give one of his coworkers a ride to their home. On the way, the defendant employee rear-ended another driver while traveling at speeds of up to 100 m.p.h., resulting in the other driver’s death.

While the present case has some similarities to the facts of Purton v. Marriott, there is also one important difference. In Purton, the employer was held to be liable because the alcohol he drank was provided to him at a company party, and the manager provided the employee with additional alcohol to go. By contrast, the party in this case was not one that was sponsored by the restaurant.

Some legal experts do not believe the current ruling will be upheld on appeal. The large expansion of what defines the course and scope of employment would have a substantial impact on businesses across industries. It will be a case that should be interesting to watch, and employers may want to take note of it