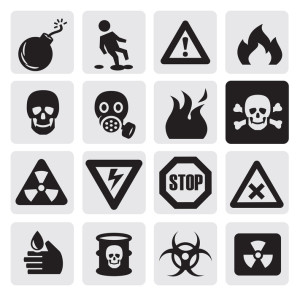 The California Public Utilities Commission (CPUC) has issued a fine of $1.4 Billion against Pacific Gas & Electric, a California Utility Provider for the gas pipeline explosion in San Bruno California that killed 8 people including a mother and her 13 year old daughter.  The explosion engulfed an entire suburban neighborhood in flames.  The fine is believed to be the largest ever issued by the CPUC, the CA administrative agency charged with regulating commercial utility providers.  It follows a prior order for PG&E to pay over $600 Million to repair and upgrade the gas pipelines.  The decision is expected to be appealed.

The facts of this incident are particularly egregious in that the explosion was apparently caused by a faulty weld in a pipe which the utility company had previously reported as “smooth and unwelded.”  After significant investigation, the CPUC and federal authorities determined that PG&E was derelict in their duties to maintain the pipes in a safe condition for delivery of natural gas and that they failed to shut off the gas for approximately 95 minutes after the initial blast.

The explosion has prompted numerous wrongful death lawsuits filed.  The attorneys representing the victims have alleged and are conducting discovery into the prior lapses of safety procedures that led up to this tragic incident.  One such lawsuit alleges that, ““PG&E had knowledge of this pipeline’s defective condition [citing over 411 prior citations for lapses in safety] but put profits ahead of public safety.” (See here).

California, like many other jurisdictions, holds persons engaging in so-called “ultra-hazardous activities” like the delivery of explosive materials like natural gas or potentially dangerous products like electricity to the highest duty of care possible.  In fact, California law states as follows:

“People must be extremely careful when they deal with dangerous items or participate in dangerous activities. [Delivery of natural gas] is dangerous in and of itself. The risk of harm is so great that the failure to use extreme caution is negligence.”
Judicial Council Of California Civil Jury Instruction 414
Based upon this standard and the findings of the various investigations, it is my opinion that PG&E will likely not only settle the various pending wrongful death actions but, pay full value to do so.  It is likely that they may even stipulate to liability for purposes of a jury trial so as to mitigate the introduction of evidence that shows that they acted with gross negligence.  Plaintiff’s counsel will likely want to introduce as much of this evidence as possible in an attempt to not only seek maximum value for the loss of life but, punitive damages as well.  California law provides for compensation to wrongful death claimants (including the spouses, children and parents of the decedent victim) for the loss of income (assuming they were financially dependent upon the deceased) and, in addition, a monetary value for the loss of “love, companionship, comfort, care, assistance, protection, affection, society, moral support” provided by the decedent.  In addition, damages meant to punish the defendant and deter future wrongful conduct are available upon a showing (by a higher burden of proof [“clear and convincing evidence”]) that the defendant engaged in conduct which showed a “reckless disregard for the rights and safety of others.”
Settlement discussions in this case will clearly center around the value of the claims rather than liability.  Each lawyer for the plaintiffs will need to present evidence of the nature and extent of the relationship of any survivor to the deceased victims for purposes of calculating a value of the claim.  In addition, PG&E will likely argue (based upon various authorities including U.S. Supreme Court decisions) that the potential award of punitive damages must bear a “reasonable relationship” to the “compensatory” award. (i.e. the punitive portion of the award must not be extremely disproportionate to the amount awarded for loss of income and the loss of relationship).
We offer our condolences to the families of the victims in this case.  We wish the attorney representing these victims to seek maximum recovery for this devastating event and hope that any amounts paid as either fines, settlements or judgments, will provide and incentive to PG&E and other California utility companies to make their practices safer to reduce the chances of this type of tragedy in the future!