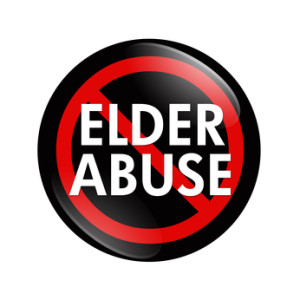 According to the governmental statistics compiled and studies conducted by the California Department of Aging, the population of the Golden State over the age of 60 (considered “elderly”) and over the age of 85 has steadily increased and is expected to continue increasing over the next several decades.  In fact, Cal. is expected to have a 112% increase in their older citizens between 1990 and 2020, according to statistical data.  While medical advances and other factors have increased both life expectancy and quality of life for older Californians, the fact still remains that, at some point in time, most if not all elderly persons will need the assistance of either a home caregiver or to become a resident in a long term care nursing home or assisted living facility.  While the vast majority of these health care providers provide quality and caring service, acts of negligence and even intentional abuse of the elder population can and still do happen with too much frequency.  This is why the laws of the State of California have long provided for protection of the elderly through regulation and enforcement of strict guidelines for elder care workers and facilities and through civil remedies for monetary damages for the abuse of the elderly.

Elder abuse is defined as physical, emotional and/or financial abuse of any adult over the age of 65 under California Welfare and Institutions Code 15600 and following. Depending upon the type of abuse claimed, the elements include the following:

While the amount necessary to compensate for actual harm is recoverable if any of the above is shown, the additional, so-called, “enhanced remedies” (which include potential punitive damages and an award of attorney’s fees and costs) are available upon a showing that any of the above actions were done with recklessness, oppression or fraud.  Case law has held that, “a plaintiff must demonstrate by clear and convincing evidence that defendant is guilty of something more than negligence; he or she must show reckless, oppressive, fraudulent, or malicious conduct. The latter three categories involve ‘intentional,’ ‘willful,’ or ‘conscious’ wrongdoing of a ‘despicable’ or ‘injurious’ nature. ‘Recklessness’ refers to a subjective state of culpability greater than simple negligence, which has been described as a ‘deliberate disregard’ of the ‘high degree of probability’ that an injury will occur. Recklessness, unlike negligence, involves more than ‘inadvertence, incompetence, unskillfulness, or a failure to take precautions’ but rather rises to the level of a ‘conscious choice of a course of action . . . with knowledge of the serious danger to others involved in it.’ ” Delaney v. Baker (1999) 20 Cal.4th 23.   In addition, if the egregious conduct is on the part of an employee of a nursing home, extended care facility, assisted living arrangement or some other employer charged with physical care of the elderly, that an “officer, director, or managing agent” of the employer had advance knowledge of the unfitness of the employee for their job duties and employed them with a “knowing disregard for the rights and safety of others.” California Civil Jury Instruction 3102.

“What Should I Know About Elder Abuse?”, pamphlet, State Bar of California