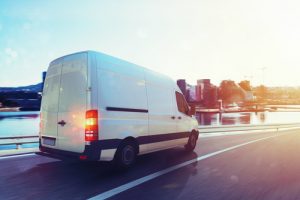 People who are injured in California accidents that are caused by the negligent actions of company drivers may be able to hold the employers vicariously liable to pay damages for the losses that they have suffered. However, employers are not liable under the coming and going rule for employees who are commuting to or from their jobs. If an exception applies, an employer may still be liable for the negligent actions of its employee while he or she is commuting to and from work. In Savaikie v. Kaiser Foundation Hospitals, Cal. Ct. App. Case No. B291120, the California Court of Appeals considered whether the required vehicle use exception to the coming and going rule applied.[1]

Wyatt Savaikie was a 14-year-old boy who was crossing the street in a crosswalk in Santa Clarita, California on July 16, 2015, when he was struck and killed by Ralph Steger. Steger was a volunteer who provided pet therapy to patients at Kaiser Foundation Hospitals. He had just completed his volunteer shift and had stopped at his bank before he hit Savaikie with his vehicle. Savaikie’s parents filed a lawsuit against Steger, the City of Santa Clarita, Southern California Edison, and the County of Los Angeles. The state of California was dismissed as a defendant, and Kaiser Foundation Hospitals was added. They argued that Kaiser was vicariously liable for Steger’s actions as his employer. They settled with all defendants except Kaiser Foundation Hospitals. Savaikie’s brother, Michael, witnessed the crash and filed a claim of negligent infliction of emotional distress against the defendants.

Kaiser Foundation Hospitals filed a motion for summary judgment in Jan. 2018. The hospital argued that it was not vicariously liable for Steger’s actions because he was not acting within the course and scope of his employment at the time of his accident. Kaiser argued that since Steger was traveling home at the time of the accident, the coming and going rule applied so that he could not be deemed to have been acting within the scope and course of his employment. The plaintiffs argued in opposition to the defendant’s motion that the required vehicle use exception applied, meaning that Steger was acting within the scope and course of his job.

The trial court granted Kaiser’s motion for summary judgment, finding that the coming and going rule applied and that the required vehicle use exception did not. The plaintiffs then filed an appeal.

Issue: Did the required vehicle use exception to the coming and going rule apply when Steger used his personal vehicle to provide pet therapy services but was not required to do so?

On appeal, the plaintiffs argued that their were triable issues of material fact remaining and that the court erred when it granted Kaiser’s motion for summary judgment. They argued that because Steger had to transport his dog to his dog therapy appointments using a harness system, Kaiser had basically required him to use his personal vehicle to get to his therapy appointments. Kaiser argued that it did not provide transportation to Savaikie and did not have rules about how its volunteers and employees were to get to their appointments. It instead argued that Steger could have used any means of transportation of his choice to get to his appointments and that the required vehicle use exception to the coming and going rule did not apply.

The California Court of Appeals first considered the required vehicle exception to the coming and going rule as it applied to Steger. It noted that the required vehicle exception includes situations in which there are either expressed or implied requirements by employers for their employees to use their personal vehicles for work purposes. The court said that Miranda testified that Kaiser did not require Steger to use his personal vehicle to get to his appointments and that he could have used any method of transportation to do so.

The appellants argued that Steger testified that Kaiser had offered a vehicle mileage to reimbursement that Steger had declined as evidence that using his vehicle for work was required. However, the court noted that there was nothing in the record showing what Kaiser’s vehicle use policies were in July 2015. Miranda testified taht they did not provide mileage reimbursements to volunteers at that time.

The appellants also argued that Kaiser required proof of automobile liability coverage from its volunteers each year. Steger testified that he thought that the required proof was simply a matter of administrative convenience since Kaiser needed insurance records from employees who transported patients, which Steger did not do. Kaiser testified that it required proof of insurance from all volunteers and employees who supplied it with proof of their drivers’ licenses. The court found that the record of Kaiser’s insurance policy did not provide a valid basis for a reasonable inference that the volunteers were required to use their personal vehicles.

Next, the court considered the appellants’ argument that Steger was required to transport his dog to therapy appointments at various locations. However, the court did not find that transporting the dog required Steger to use any particular means of transportation.

The court then looked at whether Steger’s use of his vehicle provided an incidental benefit to Kaiser. While the appellants argued that this would be a separate exception, the court noted that it only is used in situations in which the employer required the employee to use his or her personal vehicle. Since the court had already concluded that Kaiser did not require Steger to drive his or her vehicle, it found that Kaiser did not derive an incident benefit from Steger choosing that method of transportation instead of another.

The court found that the coming and going rule applied to Steger since he had already left his work providing therapy and was on his way home when the accident occurred.

The court affirmed the ruling of the trial court and upheld the granting of the motion of summary judgment. Kaiser Foundation was granted its costs on appeal.

If you have been seriously injured in an accident involving someone who was driving a vehicle for his or her job, talking to an experienced attorney at the Steven M. Sweat Personal Injury Lawyers can help you to understand your rights and legal options. Contact us today for a free case evaluation by calling us at 866.966.5240.