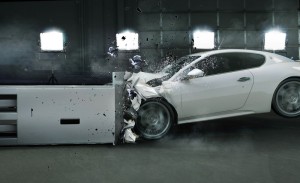 The National Highway Traffic Safety Administration recently ruled to improve its rating system with the intention of encouraging manufacturers to produce safer vehicles. The new safety rating system includes changes such as:

The current system has only one category for an overall rating. It uses a five-star rating model with five stars indicating that the vehicle is perfect. The new system will have three separated categories and ratings for each subdivision. The scoring will break down into the following categories:

The organization will still rate the vehicles with an overall score, but it will base the overall score on an average of the three subdivisions. The new system gives prospective buyers a more detailed approach to shopping for a safe vehicle. It will also make the award-giving process more precise for NHTSA.

The Secretary of the United States Department of Transportation said that he would like to see more technologies develop for accident prevention. He is leaning toward pushing for self-driving technology because he feels it would decrease the number of fatalities that occur because of inattentive drivers.

Will the Cars Be Safer?

A large majority of the vehicles will be safer than before because the manufacturers will want to have them pass the inspections. They will beef up the safety features so that they have a chance at winning safety awards, as well. Safety awards not only give prospective buyers confidence about their purchases, but also they give the manufacturer a great opportunity to sell more vehicles. Safety awards are boastable accolades for some manufacturers to have. The safety aspects weigh heavily on a consumer’s mind when that person is considering a vehicle to purchase.

Will Accidents Decrease Because of the New Standards?

While the new standards and procedures look good on paper, they will not completely diminish the occurrence of automobile accidents. As long as humans operate the vehicles, the room for error exists. Furthermore, humans create the safety technology. Human error can exist there, as well. Even if the self-driving technology were to develop and take off today, accidents would still occur because of imperfection. Young vehicle technology is known to have its fair share of glitches from time to time.

The increased technology and sturdy vehicle craftsmanship can certainly minimize the extent of damage that some car accident victims have to ensure. For example, increasing the number of airbags in the vehicle could save accident victim from a heap of injuries. Some manufacturers have started using technology that minimizes the likelihood that the victim will develop whiplash. Pedestrian safety systems and crash avoidance systems will help, but they will not be able to eliminate human error or the problem of congested city streets. For example, Los Angeles, California is one of the top 10 most congested cities in the U.S. for driving. Accidents are plentiful there.

What to Do If an Accident Occurs

Even though the changes in the rating system will not eliminate accidents, residents can take comfort in knowing that they will always have accident attorneys on their side. Many traffic accidents occur because of negligence. Negligence is an act or a failure to act in a way that serves the best interest of another person. Drivers are often guilty of negligence in automobile accidents. The accidents occur because of neglect by drinking, distracting oneself or rebelling against the rules of the road. Accident lawyers can try to obtain compensation for people who have sustained injuries in a vehicle accident. Such attorneys can try to get them the funds they need for hospital bills, auto repairs, household bills, therapies and the like.

The first step in trying to collect compensation is calling up the lawyer’s office immediately. A lawyer will schedule a consultation during which the victim can discuss the events leading up to the accident. The lawyer will then let the victim know what he or she can do to make that person’s life easier. Car accident attorneys know that life is difficult following an accident, so they will do everything they can to accommodate victims.