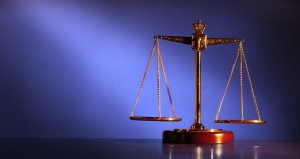 Americans seem very divided, to say the least, about the recent not guilty jury verdict for George Zimmerman related to the death of Trayvon Martin.  Indeed, this has been one of the most emotionally charged cases in recent years.  One thought I had as an attorney that has handled both civil and criminal cases is that some people may be thinking about the differences between the civil, wrongful death claims brought by Martin’s family and the criminal prosecution of Mr. Zimmerman.  In Early April of this year, it was reported by the local newspapers in Florida that the parents of Trayvon Martin reached a settlement in their civil lawsuit against the homeowner’s association where Zimmerman was the neighborhood watch captain for approximately $1,000,000.00 (although the exact amount was confidential). (See Footnote 1).  Then, as we all now, Zimmerman was found not guilty of the criminal charges (including second degree murder) just this past weekend.  So, this leads one to think about these contrasting results.

What is a “burden of proof” and how does this differ between civil and criminal cases? The “burden of proof” is the standard by which a matter must be proven by the evidence at trial.  In the case of a criminal prosecution, it is the state bringing the charges who has this burden.  In the case of a civil action, it is the “plaintiff” (party seeking money or other damages) that bears this responsibility.  Based upon a long series of cases and judicial history, the burden of proof in a criminal proceeding is “beyond a reasonable doubt”.  “Reasonable doubt” has been further defined as “doubt that would give rise to grave uncertainty”. (See Footnote 2).

By contrast, the “burden of proof” in a civil claim for money or other damages is lower.  It is defined differently in different states and jurisdictions, however, most jurisdiction, including California define the civil lawsuit proof standard as “by a preponderance of the evidence” for most types of claims and, the slightly higher standard of “clear and convincing evidence” for claims for punitive damages (damages meant to punish the defendant rather than just compensate the victim).  The “preponderance” standard is further defined as simply having to show, by the evidence, that facts are “more likely true than not true.” (See Footnote 3).

The contrast between this higher burden in proving criminal charges and a civil claim for personal injury or wrongful death was probably the single most important factor in the differing outcomes, in my opinion.  The law has developed this standard as a value statement that taking a person’s liberty should be held to a much higher standard than making that person pay a money judgment.

What could other possible reasons be for these different outcomes?  There are many other, possible reasons why the wrongful death claim of Trayvon Martin’s family ended in a payment of a significant amount of money as contrasted with a not guilty verdict in the criminal trial.  The unpredictability of a jury trial is one main factor.  While parties make various attempts at trying to predict the outcome of any particular case, the fact remains that the civil verdict system is not easily figured.  There are times when a jury will be empathetic to one side or the other.  If a civil trial were to have taken place, the plaintiffs would only need to prove (at the most basic level) that the homeowner’s association was “negligent” (failed to act in a reasonable manner) in how it carried out its neighborhood watch program.  There would be counter arguments by the defense, no doubt, that Mr. Zimmerman acted beyond the bounds placed upon him by the association and/or was not acting as a representative of their group at the time of the incident.  However, given the high emotions in the case, if liability was found, a jury could have awarded much more than the estimated $1,000,000 settlement.  In my estimation, this was probably the policy limit of insurance for the association and if they refused to tender this, they may have been exposed to a higher amount if the verdict exceeded these limits.