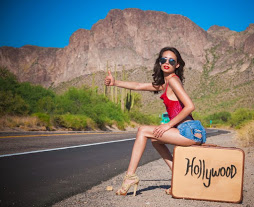 Uber Technologies, Inc. has fast become the largest of a new breed of transportation companies commonly known as “ride-sharing” nationwide and especially in large urban areas like Los Angeles and San Francisco.  Unfortunately, it appears that the growth of the company is outpacing the planning for safety and consumer protection.  One high profile incident in San Francisco involving an Uber driver who struck and killed a 6 year old girl has now spawned both criminal charges against the driver and a wrongful death lawsuit against Uber. (See discussion here: Insurance Journal).

How do ride sharing companies operate in California?

Ride sharing is a good concept in theory.  People “volunteer” to use their own vehicles to pick up and drop off passengers based through an app that is installed on a smart phone.  It tracks where drivers are in relationship to potential passengers and allows people to request a “ride” at a moments notice as an alternative to calling a taxi.  As I have discussed in other posts (see here), the California Public Utilities Commission (“PUC”) was one of the first public agencies to attempt to regulate these services and provide some basic requirements for operation.  They enacted provisions which require Uber, Lyft, SideCar and others to conduct background checks on drivers, to train drivers on safety and to provide insurance above and beyond the limits of the auto accident policy for the vehicle or the driver.

Potential legal issues that arise out of a ride share company accident claim in CA:

While I think, again, that this is a great concept, the legal issues that potentially come into play here are starting to show some “flies in the ointment” as follows:

Importance of seeking out legal advice when injured as a passenger in a ride share vehicle like Uber or Lyft:

The case clearly shows that there are tricky legal issues involved in the ride-share scenario.  It is important for persons suffering bodily injury or the family of someone killed in a traffic collision involving a ride share driver to know that these issues are complicated and subject to current litigation to ferret out what the rule are and what they should be.  Consulting with a lawyer familiar with these types of claims is crucial.  Steven M. Sweat, Personal Injury Lawyers, APC has free legal consultations on any ride-share incident in California including Los Angeles and can be reached anywhere in California at our toll free #(866) 966-5240.