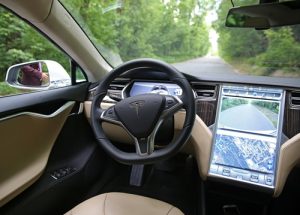 Is Tesla autopilot killing people?  That’s what the National Transportation Safety Board wants to know.   A fatal accident involving a Tesla Model S vehicle that happened in Florida should serve as a cautionary tale to drivers in California who are considering purchasing self-driving cars. The accident, which happened in May 2016, was recently blamed on a flaw in the vehicle’s operational design system by the National Transportation Safety Board. People who are injured in accidents that are caused by defects in the design or the equipment may be able to recover damages by filing personal injury lawsuits based on claims of products liability against the vehicle manufacturers.

Factual background of the accident

On May 7, 2016, Joshua Brown, a 40-year-old man from Ohio, was driving his Tesla Model S in Williston, Florida. Brown put the vehicle in its autopilot mode, which can control the vehicle while it is driving on highways. While it was in autopilot mode, the vehicle failed to detect a large commercial truck that was crossing the roadway. The vehicle attempted to drive underneath the truck, shearing off its top and killing Brown. Before his death, Brown had been a noted Tesla enthusiast and had posted a viral video online of his car avoiding another accident while it was in autopilot mode. Tesla reacted to the accident by stating it was the first known death that had happened when one of its vehicles was being driven in autopilot mode.

Findings of the NTSB

On Sept. 12, the U.S. National Transportation Safety Board released a statement about the accident following its investigation of what happened. According to the NTSB, the Tesla Model S had an autopilot system with operational limitations, and these limitations played a major role in causing the collision. The NTSB said that the autopilot system was flawed because it was not able to make certain that the drivers were paying attention when the vehicles were traveling at high speeds. The system also did not have controls in place to limit the types of roads on which it could be used. Finally, the autopilot system did not have any sensors to monitor the drivers’ engagement.

These are all system safeguards that the NTSB says that all manufacturers of semi-autonomous vehicles should make sure to include with their autopilot systems. Tesla stated that driving in autopilot mode increases safety, but it did say that it would analyze the recommendations that were made by the NTSB.

When people are injured or killed in accidents that are caused by design defects in their vehicles, the victims or the families of those who are killed will have the grounds to sue the parties who were responsible for bringing the defective vehicles to the market. Proving a products liability claim based on a design defect may be difficult, necessitating the help of experts who can give opinions about the defect. In order to prevail on a design defect claim, California plaintiffs must be able to prove the following:

In the Tesla case, Tesla’s statement pointing out that this accident was the first fatality out of more than 130 million miles driven in its cars appears to be an argument that the type of harm that happened to Brown is unlikely. Tesla might also argue that autonomous cars are still under development, and safer alternatives may not have been readily available at the time the Model S was manufactured and designed.

In the Tesla case, Joshua Brown reportedly ignored warnings to place his hands on the wheel seven times. If Tesla was sued, the company would likely argue that Brown was not using the autopilot system as it was intended. The company would then argue that because Brown did not drive the vehicle in the manner in which it was intended, his family would be unable to meet the consumer expectation test.

When drivers are partially at fault in causing their accidents, juries determine the amount of fault that is attributable to them. If they prevail, their awards will be reduced by the percentage of fault that they had in causing their accidents. Given the facts of the Tesla accident, the family of Joshua Brown would likely receive a reduced award because it appears that he shared some fault. The family has not sued the company and instead says that the car was not to blame despite the findings of the NTSB.

Proving a design defect claim may be complex. If you were injured in an accident that you believe was caused by a defective part or component, you might want to talk to an experienced personal injury attorney who accepts products liability cases. A lawyer may analyze what happened and offer you an honest assessment of the strength of your claim. Schedule a consultation with an experienced products liability attorney in Los Angeles today.