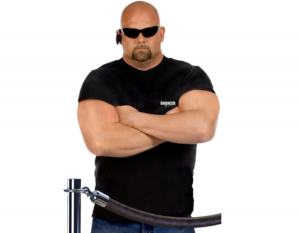 In California, bar owners may be liable to pay damages if their security personnel assault their patrons in some situations. Even in cases in which the patrons were partly to blame, the patrons may still be able to recover damages that are reduced by the percentage of fault that they had for what happened. In Shawn Dearing v. Cabo Cantina, et al., the potential for liability of bar owners was demonstrated.

The plaintiff suffered fractures to his temporal and occipital bones and was hospitalized for three days following the assault. He was then left suffering from a moderate traumatic brain injury. He argued that the security guards violated the policies of Cabo Cantina by leaving the bar’s property, used excessive force and did not de-escalate the situation.

The trial lasted for 11 days before both sides rested. It was then submitted to the jury, which deliberated for one and one-fourth days before returning a verdict in the plaintiff’s favor. The jury’s gross award was $9,254,397.21. Since the jury allocated 42 percent of the blame for the assault to the plaintiff, his net award was reduced by that percentage. Since the award exceeded the §998 demand of $1 million, the plaintiff indicated that he would be seeking an additional $100,000 to pay for his expert witness fees and $400,000 in prejudgment interest.

In cases involving intoxicated patrons who get into altercations with security guards, there are often issues of comparative negligence. Under California law, juries will determine the percentage of fault to allocate to each party. While having a percentage of fault in an assault will reduce the total award, it will not bar recovery of damages outright. For example, if a plaintiff sues a defendant, is awarded $1 million but is found to be 30 percent to blame, he or she will recover $700,000.

Proving liability in cases involving assaults by security guards on patrons can be difficult. People may have to conduct thorough investigations, secure video footage and find and interview witnesses. They may also need to get the help of experts to help them prove the extent of their injuries and their damages. If you have been injured in an assault while you were in a bar, it is important for you to get legal help. Call an experienced Los Angeles personal injury attorney today to schedule your consultation and to learn more about the rights you might have. Toll free (866) 966-5240