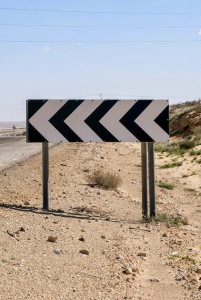 Facts of the Case: This case arose out of a single vehicle accident which occurred on a dirt road near Barstow.  The driver, James Schult, was traveling down the towards a bridge over the Mojave river.  Unbeknownst to him, the bridge had been washed out by a flood and there were no warning signs or other indication not to proceed and no berms or barriers that kept cars from traveling towards the washed out bridge.  He crashed his truck in the ravine and both he and his passenger, Loren Branson, suffered serious bodily injury as a result.

Plaintiffs contended that the washed out bridge with no warning constituted a “dangerous condition of public property” for which the County of San Bernardino knew or should have known.  The County contended that the condition was not “dangerous” and/or  that they had taken sufficient measures to ensure the safety of travelers on the road.

Injuries Sustained: Plaintiff Schultz suffered several injuries including a fractured sternum and plaintiff Branson sustained orthopedic damage to her lower spine.  They submitted into evidence medical expenses approximating $125,000 to $140,000 each.

Verdict Result: After a seven day jury trial, the plaintiffs were awarded a total of $396,000.  This was comprised of economic damages (medical expenses) for Mr. Schultz at $141,228 and both economic and non-economic damages for both medical costs and pain and suffering for plaintiff Branson in the amount of approximately $240,000.  Apparently, the best offer for settlement from the county prior to trial was $10,000 for Mr. Schultz and $30,000 for Ms. Branson.

My Analysis of this Verdict: Dangerous roadway claims against government entities contending that they failed to design or maintain a thoroughfare in a safe condition are very tough cases from a liability standpoint.  Public entities like the County of San Bernardino are afforded a lot of leeway in how they maintain their infrastructure.  However, just like any other entity, they can be found negligent if the condition of public property is dangerous and they had notice in time to fix it or prevent harm.  From the summary, it appears that the county had a “technical” expert regarding the roadway but, the plaintiffs only hired medical experts. This would tend to show that the plaintiffs felt that the fact that a bridge was washed out and no warnings or barriers were placed was an obviously dangerous condition.  The jury clearly sided with this argument.  It should be noted that plaintiff Schultz had not auto insurance coverage at the time of the incident, thereby precluding any claim for “physical pain” or “emotional stress” under California’s “Prop. 213” (now codified as California Civil Code 3333.3).  No such restriction applies to passengers in the vehicle of an uninsured driver, therefore, plaintiff Branson was entitled to full recovery including pain and suffering.