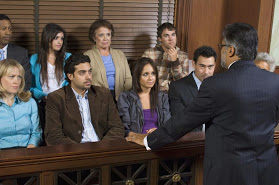 In what is believed to be a new record high jury verdict for a personal injury claim in Sonoma County, CA, a woman was awarded $13.4 Million related to a crash that happened approximately 4 years ago. (See article here).  The plaintiff alleged that a vehicle driven by her father wrecked and caused her major spinal trauma which required fusion surgery of four vertebrae and permanent placement of a metal rod to stabilize her spinal column.  The plaintiff alleged that she is still in constant pain and cannot sit for longer than 20 minutes at a time without feeling a high level of discomfort.  The jury award consisted of $6.4 Million to pay for past, present and future medical expenses and related out of pocket costs associated with future care and $7 Million to compensate for physical pain and emotional distress caused by the accident and the lingering medical issues.

Things I find interesting about this verdict as a California Personal Injury Attorney:

From the description of a horrific traffic collision and a spine injury causing permanent and lifelong pain, I am glad that the jury was able to see in their hearts to award a high amount.  More rural areas of California like Sonoma County, tend to have more conservative jury pools and this can lead to lower awards for plaintiffs.  I am glad this particular jury was able to understand the effect this event had on the plaintiff and what impact it will have for the rest of her life.  What is more remarkable to me is that the award was made in a  lawsuit by a daughter against her father.  Why is this?  We all know that, under California law, all drivers and registered owners of vehicles must carry automobile liability insurance.  What the jury was not able to know because of the CA rules of evidence is whether or not the father had any such coverage.  In fact, they were instructed on this issue as follows:

“You must not consider whether any of the parties in this case has insurance. The presence or absence of insurance is totally irrelevant. You must decide this case based only on the law and the evidence.”

Therefore, the jury in this case, had to put out of their minds whether or not the father had insurance or who would pay this verdict.  They had to simply assume that the verdict would be entered by a daughter against her father!  The fact that they were able to award a value this high given this restriction on evidence seems remarkable to me.

Not surprisingly, the father was insured by State Farm insurance and their spokesperson stated that the carrier “disagrees with the verdict” and is “considering their options” (i.e. potential for appeal.  Their argument during trial was that the plaintiff was at fault for allowing her father to drive while he was drowsy.  Specifically, they claimed that the plaintiff, “had twice that night asked her father if he was too tired to continue driving and both times he said he was fine. She was asleep in the passenger seat when the crash started.”

It is almost a certainty in my mind that the policy limits were exceeded by this jury verdict.  If the plaintiff (through her attorney) made a demand for the full policy limits prior to trial, it may be possible for her father to have a “bad faith” claim against State Farm.  He could then assign the rights of this claim to his daughter and she could pursue full payment of the judgment above and beyond the policy limits.  My expectation is that State Farm will simply choose to pay all or most of the judgment to avoid the risk of such an action, which could allow for imposition of additional damages to punish State Farm for failing to pay the full limits of coverage (so-called “punitive damages”).