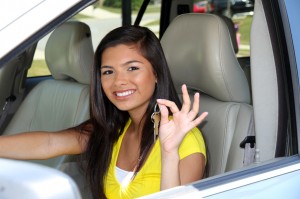 The recent fatal teen crash in Burbank, California that made national news has too many of the common characteristics of car accidents involving teenagers across the U.S., which cause serious injury and death every year.  (See story on candlelight vigil related to this incident from the Los Angeles Times).   Every year teenagers are eager to get their restricted or unrestricted driving permits but, need to heed warning from fatal incidents like this one.

According to the National Highway Traffic Safety Administration, drivers under the age of 18 are involved in traffic collisions more often than any other demographic.  In fact, according to the California Department of Motor Vehicles statistics, drivers between the age of 16 and 19 are involved in traffic collisions more than any other age group.  These statistics seem to center around several common characteristic causes, which include but are necessarily limited to the following:

THE FIERY AUTO SMASH UP THAT KILLED FIVE TEENS AND INJURED ONE OTHER IN BURBANK, CA HAD MANY OF THESE COMMON FACTORS

According to the Los Angeles Times, the recent car crash which killed five teens and severely injured another with major burns all over her body was the result of the following:

This seems to reinforce many of the known risk factors for teen auto accidents cited above.

WHAT DOES CALIFORNIA LAW SAY ABOUT THE ABILITY OF TEENAGERS TO OPERATE MOTOR VEHICLES?

While California does allow persons as young as 15 and ½ to obtain provisional driving permits, these provisional licenses are restricted to driving with an adult who is at least 25 years old or older at all times absent an emergency situation. Provisional permits also require completion of a driver’s education course approved by the State of California and passing a traffic law test and vision examination.  Persons over the age of 16 are allowed to obtain a license only after holding a provisional permit for at least six months, completing driver education, completing 6 hours of professional driver training, and undergoing at least 50 hours of practice driving with a person over the age of 25.

While these are the BASIC legal requirements for a person under 18 to operate a motor vehicle, all parents and guardians should be stopped in their tracks by incidents like the Burbank crash.  They should insist on as much driver education as is necessary for any particular teen to feel comfortable assessing risks behind the wheel, restrict night time and early morning driving, warn teens about the dangers of driving under the influence, and discourage teens from carrying multiple passengers including friends in their vehicle.  These simple steps may be enough to save life and limb!

California Department of Motor Vehicles – Requirements for Issuance of Provisional and Unrestricted Driving Permits to Persons Under the Age of 18: http://www.dmv.ca.gov/dl/dl_info.htm#PERMINOR