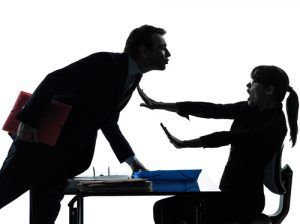 The way in which this bill would change the law is that it would allow the individuals who retaliate against the workers for filing complaints to be held to be personally liable for the retaliation and resulting damages. Currently, individuals do not have personal liability. The idea of establishing personal liability is that it would discourage people from retaliating against workers who make discrimination reports because they could be financially responsible to pay damages to the victims. The bill is currently before the Committees on the Judiciary and Appropriations for consideration.

Senate Bill 224 was introduced by state Sen. Hannah-Beth Jackson (D-Santa Barbara) on Feb. 2, 2017, and was amended on Jan. 3, 2018. This bill notes that existing law requires that plaintiffs in sexual harassment and discrimination cases must prove that there is a professional, service or business relationship between the plaintiff and the harasser and specifically includes an attorney, a social worker, a real estate appraiser and a real estate agent as potentially liable parties. The bill would add multiple other relationships that could lead to liability. The additional types of people who could be liable for sexual harassment or discrimination would include an investor, elected official, director, lobbyist and producer. The Senate Judiciary Committee voted to pass this bill on Jan. 9, 2018, and it was referred to the Assembly where it is currently being held at the desk.

Also introduced by Sen. Jackson on Feb. 16, 2018, SB-1300 would increase the training requirements for all workers in California. Under current law, companies that have 50 or more employees are required to provide two hours of sexual harassment training to their employees within six months of hiring and every two years after that. This bill would expand the training requirement to cover all employers in the state, including smaller ones. Employers would also be prohibited from requiring releases of claims under the Fair Employment and Housing Act as a condition of getting a raise or a bonus. The bill is currently before the Committee on the Judiciary and the Committee on Labor and Industrial Relations.

Sexual discrimination and harassment are ongoing problems that affect people across industries. By strengthening the rights of sexual harassment and discrimination victims, the legislature could help to combat this insidious problem. While it is unclear whether these bills will be passed and enacted, the fact that they are under consideration is a good sign that the government is taking the problem seriously. If you have been the victim of sexual harassment, retaliation or discrimination at your job, it is important for you to get help from an experienced employment and discrimination attorney in Los Angeles. A lawyer can assist you with gathering the evidence that you need to prove your complaint and with following the proper steps so that your rights might be protected. Contact our office today to learn more about the rights that you might have.