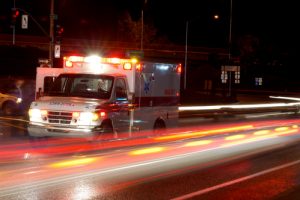 When truck drivers cause accidents in California, the trucking companies often aggressively defend against personal injury claims. They may dispute the liability of their drivers outright or try to argue the comparative negligence of the victims. The defense attorneys may go to great lengths in order to try to argue that the injuries that the victims suffered are not as severe as they claim, including searching through social media posts. In Takemura v. Pacific Tank Lines, San Bernardino Superior Court Case No. CIVDS1516387, the trucking company tried to place all of the blame on the driver of the vehicle in which the plaintiff passenger was riding in an effort to avoid liability. Experienced truck accident lawyers in Los Angeles understand the types of tactics that trucking companies and insurance carriers use and may be able to more effectively counter them.

The plaintiff, Akiko Takemura, was a 28-year-old woman who was riding as a front-seat passenger in a Prius that was being driven by CJ Taso while the pair was traveling to Las Vegas. While they were traveling, the Prius ran out of gas. Taso attempted to pull the vehicle safely off the freeway when the car was struck from behind by a gas-tanker truck. Takemura suffered serious injuries, including fractured vertebrae in her back and neck. She was forced to remain in the hospital for two months after the accident.

The trucking company did not take any responsibility for the accident. Instead, it argued that the Prius’s driver was at fault because he ran out of gas and did not get safely off of the freeway. The defendants also tried to argue that the plaintiff was partly at fault because she decided to go to Las Vegas after spending time out at a bowling alley and a bar. The defendants tried to argue that Takemura had made a full recovery. In order to try to prove this assertion, the defense lawyers presented evidence that they took from her Instagram account, including pictures of a Zumba class and of her going deep-sea fishing.

The trial lasted for 21 days before the parties rested. The plaintiff called multiple expert witnesses to the stand, including several doctors, an accident reconstruction expert, an economist, a life care planner and others. The defendants called one doctor and an accident reconstruction expert. The jury deliberated for two days before they returned with a verdict in favor of the plaintiff. They found that the truck driver and his company were 99 percent at fault for the accident while the Prius driver was found to be 1 percent at fault. The jury found that Takemura did not share any fault. The jury gave a gross verdict award in the amount of $7,837,053.38. Because the jury determined that the Prius’s driver was 1 percent at fault, Takemura received a net award of $7,758,682.84. Of that amount, Takemura was awarded $3,150,000 for her past pain and suffering and $3,075,000 for her future pain and suffering. The remainder of the verdict was for her economic losses.

Because of the high policy limits and the serious types of injuries that can happen in truck accidents, it is very common for the companies to vigorously defend against a truck accident claim. They may attempt to dispute their drivers’ liability outright as the lawyers did in this case. They may also try to place some of the blame on the plaintiffs in an effort to try to minimize the amounts that they will ultimately be forced to pay. Another important takeaway from this case is that defense attorneys are now poring through the social media accounts of plaintiffs in an effort to try to argue that they are not as injured as they claim. People who are injured in an accident involving a large truck should talk to experienced Los Angeles personal injury lawyers. An attorney may work with experts and investigators in order to build the strongest case possible for his or her clients so that their recovery may be maximized. Contact our office today to schedule your consultation about your truck accident claim.