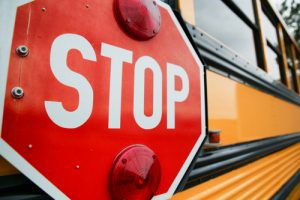 A tragic case in San Bernardino County that involved a six-year-old girl who was struck by a car while crossing the street to catch her school bus demonstrates several things. Isabella Escamilla Sanchez, a minor, by and through her guardian ad litem, Carina Sanchez v. County of San Bernardino, a public entity; City of Highland, a public entity; et al., San Bernardino Superior Court, case no. 1309504, shows that accepted practices are not necessarily safe. The case also demonstrates how notice can affect the outcome of litigation and the vicarious liability that employers have when their employees’ negligence result in injuries to others.

On Oct. 3, 2012, Isabella Escamilla Sanchez, a six-year-old, attempted to catch her school bus by crossing the street at midblock. She was struck by an oncoming Subaru Impreza and suffered numerous injuries, including a traumatic brain injury that left her with lifelong disabilities requiring round-the-clock nursing care. Her family filed a lawsuit against the Durham School Services because the drivers failed to report mid-street crossings by children in violation of their own policies.

Before trial, Durham School Services made a final offer of $2 million, but the plaintiffs did not accept it. During the trial, the plaintiffs made a demand of $20 million, which was not accepted by the defendant. The plaintiffs settled the claim against Subaru driver Lillian Thanh Vo for $50,000, but she remained in the case because the judge did not approve the settlement until the trial’s conclusion.

After a trial that lasted for five weeks, the jury deliberated for two days before returning with a verdict in favor of the plaintiff in the gross amount of $$36,143,291. Carina Sanchez, the plaintiff’s mother, was found to be 20 percent at fault, so the award of noneconomic damages was reduced by that amount. Durham School Services was ordered to pay $32,943,291 after the 20 percent reduction of the gross award, and the school’s bus driver was found to be jointly and severally liable along with Durham School Services to pay $24,943,291.

In California, school bus drivers have a duty to warn parents and children about dangerous conditions about which they are aware. If they have no notice of these conditions, they will not be liable. In this case, the other parents’ testimony that all of the children crossed the street in the same manner that the plaintiff did in full view of the drivers was enough to show that the bus drivers should have reasonably known that the children were crossing the street at mid-block and so had adequate notice of the danger. The failure to warn the parents and to notify the school district formed the basis of liability.

Even though Durham School Services did not receive reports from its bus drivers of mid-block crossings, it was still held to be liable in the lawsuit along with the bus driver. Employers hold vicarious liability when the negligence of their employees while they are acting in the course and scope of their employment results in injuries to others.

The finding that Carina Sanchez was 20 percent at fault in the accident demonstrates the principle of comparative negligence. California follows the doctrine of pure comparative negligence. Under it, the jury will determine the percentage of fault that is held by each of the parties. If the plaintiff holds any of the fault, his or her award will be reduced by the percentage that is allocated to him or her.

Proving an injury accident case involving the negligence of others can be complex. Experienced Los Angeles personal injury lawyers might understand how to anticipate and to counter potential defense arguments. They may rely on the help of medical experts, investigators and accident reconstruction experts to help them to build strong cases for their clients. Contact an experienced Los Angeles personal injury attorney today to schedule a consultation and to learn more about the rights that you might have.

For additional information on accident claims in California including San Bernardino involving students and other minors: