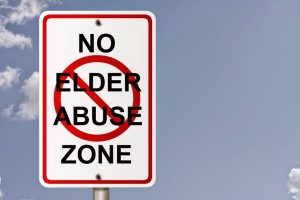 Physical and sexual abuse in California nursing homes, assisted living institutions and adult day care facilities is still a huge problem. Elder abuse is a silent epidemic that’s prevalent in nursing homes and long-term care facilities in every city and state. According to the National Center on Elder Abuse, 3.2 million Americans spent time in nursing facilities in 2008. Within the next few decades, some 5 million aging adults will move into assisted living and long-term care facilities. Even now, millions of moms, dads, aunts, uncles, grandparents and loved ones risk being abused by their caretakers. This is one problem that’s not going away or getting better. Experts have called elder abuse one of the greatest law enforcement challenges of the 21st century. The statistics on the issue are shocking.

Problems like this happen because nursing facilities are understaffed and don’t have adequate patient safety measures in place. Sadly, many elderly patients are reluctant to report maltreatment. They often feel ashamed or embarrassed, particularly in cases of sexual abuse. They may also fear retaliation and believe that the problems will worsen if they make a report. That’s why it is so important for friends, relatives and other residents to voice their concerns. Physical and sexual abuse can happen at any nursing facility, and these problems can take many forms.

What is nursing home abuse?

The California Welfare and Institutions Code has an extensive definition of abuse that’s outlined in section 15610.63. Physical abuse doesn’t only encompass instances of assault and battery. It also includes neglect, such as unreasonable physical constraint and prolonged or continual deprivation of food and water. Under this definition, withholding medications, failing to provide food and water, ignoring patient hygiene and neglecting to move patients or prevent pressure sores is considered abuse. Sedating, overmedicating and chemically restraining patients are other forms of physical abuse. Instances of sexual assault, battery and rape as defined within the Penal Code of California are considered abuse and will be treated as criminal offenses.

What should I do if I feel that a loved one is being abused?

The first thing you should do is familiarize yourself with the signs of abuse. Visiting your relatives and communicating with them often is helpful for protecting them and uncovering problems as quickly as possible. Varying visiting times and days can give you a better picture of how things really are. Depression, poor hygiene, isolation, bruising and changes in personality or behavior are just a few of the tell-tale signs of elder abuse. You have a right to review treatment records and accident reports. If you suspect that abuse is taking place, report it to a local ombudsman or law enforcement agency. For assistance investigating maltreatment and recovering compensation for medical treatment and emotional trauma, contact a qualified personal injury attorney with experience handling elder abuse cases.

Nursing facilities and caretakers should be held accountable for their actions or inactions. If you believe that a relative or loved one has been physically or sexually abused while in a nursing home, assisted living facility or long-term care facility, contact an elder abuse attorney to discuss your case.