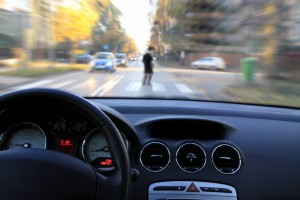 The defendant, on the other hand, stated that the plaintiff was at fault since he had been found 100% at fault by the investigating officer for violating CVC 21954 pertaining to pedestrians in the roadway. She further stated that she attempted to the best of her ability to avoid the incident by swerving when she spotted the plaintiff. She further alleged that his injuries weren’t as extensive as he portrayed since he returned to work at a physically demanding job after just 7 months.

In addition to the traumatic brain injury, the plaintiff also complained of a fractured hip, torn meniscus, other cuts and lacerations and depression and anxiety as a result of the accident. The Los Angeles jury ultimately found that the defendant was 65% at fault for the incident, whereas the plaintiff was 35% at fault, which worked out in favor of the plaintiff, who ended up receiving a verdict for $3 million.

The Importance of an Attorney

This case illustrates the importance of seeking the advice of a personal injury attorney when you’ve involved in an incident in which one of the parties sustained an injury. Even though the investigating police officer didn’t find the defendant at fault for the incident at the scene, it didn’t free her from having to pay punitive damages later on in civil court when the plaintiff decided to seek compensation. If the plaintiff had simply taken the verdict of the investigating officer, then he would have forfeited his right to millions in compensation for his injuries.

Anytime you are involved in an accident, you should seek the representation of a personal injury legal expert. Legal experts have the intricate knowledge of personal injury law and the skills to aggressively fight for your case in court. It is important to remember that just because someone isn’t criminally charged in a case doesn’t mean that a jury won’t find he or she responsible for some of the damages you suffered when your case goes to trial in civil court. A qualified personal injury legal expert can help you build a strong case by obtaining the evidence needed to prove your claims through investigation of the incident scene, evaluation of your injuries by medical experts and compilation of any applicable cases and verdicts in the past that pertain to your own case and strengthen it.

Whether or not you were deemed to be at fault for an incident, always seek the professional services of a personal injury attorney when you find yourself in such situations.