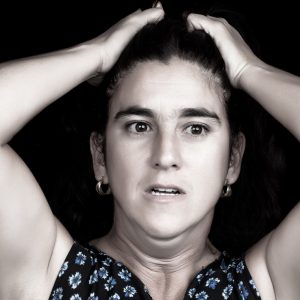 In California, family members who witness their loved ones’ serious injuries may file claims against the responsible parties for negligent infliction of emotional distress. In the past, the California Supreme Court has held that people must be present at the time of the incidents and witness them before they will have valid claims of negligent infliction of emotional distress. However, technology has advanced since the California Supreme Court established its bright-line rule for NIED cases. Today, family members might observe their loved ones’ injury incidents by video on their smartphones or other mobile devices. In Ko v. Maxim Healthcare Services, Inc., Cal. Ct. App. Case No. B293672, the appeals court considered whether virtual presence at the time of an incident was enough to satisfy the California Supreme Court’s physical presence requirement.[1]

Dyana and Christopher Ko were the parents of three children. Their youngest child, Landon, was born with Rubinstein-Taybi Syndrome, a rare genetic disorder. The Kos both worked outside of the home and contracted with Maxim Healthcare Services to provide an in-home health care aide to care for Landon when they were at work or elsewhere. One of the in-home workers who was sent by Maxim to work in the Kos’ home with Landon was named Thelma Manalastas. After Manalastas had provided care for Landon for a year, the Kos went with their older two children to a basketball tournament on April 22, 2017.

Landon was two years old at the time. He was blind in one eye, could not walk, had severe developmental delays, and had trouble hearing. He required round-the-clock supervision. The Kos had installed a nanny cam in their home that was connected to Dyana Ko’s smartphone. While they were at the tournament, Dyana Ko opened her smartphone to check on Landon. The Kos saw the video of Manalastas violently shaking Landon, striking him, pinching him, and otherwise abusing him. They called 911 and left the tournament. When the police arrived, the Kos showed the officers the video of Manalastas abusing their son, and she was arrested.

The Kos filed a lawsuit against Maxim Healthcare Services and Manalastas for the abuse caused to their son on June 21, 2017. They alleged several causes of action, including negligence, battery, and assault on Landon’s behalf, and negligent infliction of emotional distress on the Kos’ behalf. They alleged that Manalastas’s abuse of Landon caused him to lose an eye along with other injuries. Landon subsequently died on April 24, 2018, while the action was pending.

After a hearing, the court sustained the demurrers filed by Maxim and Manalastas. For the NIED cause of action, the trial court found that the Kos could not satisfy the physical presence requirement established by the California Supreme Court through their virtual presence while watching a live stream of what happened. The court found that previous cases that allowed NIED causes of action had only done so when the witnesses saw what happened from close physical proximity. The Kos filed an appeal.

Issue: Whether witnessing Landon’s abuse virtually via a live stream satisfied the presence requirement as established by the California Supreme Court?

Maxim and Manalastas argued that the Kos could not allege a cause of action for the negligent infliction of emotional distress because of Manalastas’s abuse of Landon because they were not physically present when it occurred under the California Supreme Court’s bright-line rule for NIED claims. The Kos argued that technology had changed significantly since the time that the California Supreme Court issued its opinion and that virtual presence through a live stream should satisfy the requirement.

Rule: A NIED claim requires the victim to have been contemporaneously present and have witnessed the incident in which his or her loved one was injured.

In Thing v. La Chusa, 48Cal.3d 644 (1989), the California Supreme Court established a bright-line rule for claims of negligent infliction of emotional distress.[2] In that case, the Supreme Court held that victims of NIED must be contemporaneously present and witness the accident in which their loved ones are injured before they can file a claim. Since that time, cases in California have required that victims are physically present while witnessing their loved ones’ injuries. Maxim and Manalastas both argued that virtual presence through watching the events on a smartphone over a live stream did not satisfy the California Supreme Court’s presence requirement. The Kos argued that changes in technology and the availability of live streaming should allow them to file an NIED claim based on their virtual presence while watching the abuse of their son in real-time.

The Court of Appeals began its analysis by considering the court’s decision in Dillon v. Legg, 68 Cal.2d 728 (1968) and its progeny. The Dillon case involved a mother and one of her children who witnessed her other child’s death in a motor vehicle accident.[3] The lower court found that the mother was not in the zone of danger and could not bring a claim of negligent infliction of emotional distress. The California Supreme Court established the following three-pronged test to determine whether the emotional trauma experienced by the victim was reasonably foreseeable:

Cases following Dillon further limited NIED actions, including the Thing case. In that case, the California Supreme Court established a bright-line rule for NIED claims and replaced the three factors enunciated in Dillon. Under Thing, plaintiffs must prove the following three factors:

The Kos relied on several cases that interpreted the second Thing requirement of being present at the scene. In Wilks v. Hom, 2 Cal.App.4th 1264 (1992), the court found that the second factor was satisfied when a mother was in a different room when a gas explosion occurred and killed one daughter while seriously injuring another without physically seeing the blast.[4]

The Kos asked the appeals court to include virtual presence as a type of contemporaneous presence when viewing the incident over a live stream. The appeals court reviewed several cases in which the plaintiff was not physically present in the immediate vicinity of an accident but still had a temporal perception of their loved ones’ injuries at the time when they occurred. The court found that the second factor in Thing allowed NIED claims when the plaintiff is not physically present but has a contemporaneous perception of their loved ones’ injuries.

The appeals court reversed the ruling by the trial court. The case was returned for further proceedings, and the Kos were allowed to recover their costs on appeal.

Get help from an experienced injury law attorney in Los Angeles

If you witnessed your loved one’s serious injuries in an accident caused by someone else, you may be entitled to recover damages by filing an NIED personal injury claim. Contact an experienced personal injury attorney in Los Angeles at the Steven M. Sweat Personal Injury Lawyers to request a free case evaluation by calling us at 866-966-5240.