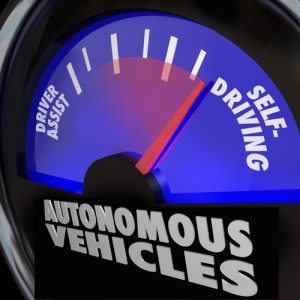 As numerous companies work to develop their self-driving cars in California, a recent crash in Arizona in which a pedestrian was killed by an autonomous Uber vehicle demonstrates that these vehicles are still in the development phase and may not be ready for mass distribution. When people are injured or killed in accidents with self-driving cars, there will likely be complex liability and insurance issues that arise. If these accidents are caused by the vehicles, it is possible that the families of people who are killed may be able to hold the companies liable under theories of negligence and strict products liability. Families may want to talk to personal injury lawyers in Los Angeles when they lose loved ones in accidents involving autonomous vehicles.

On March 18, a self-driving Uber Volvo XC90 struck and killed a 49-year-old woman in Tempe, Arizona. The woman was reportedly walking her bicycle across the street when she was struck by the Uber. The vehicle was reportedly traveling at 40 mph and failed to slow when it struck the woman. There was a human operator sitting behind the steering wheel so that he or she could take over in the case of an emergency. While it is too soon to determine whether the vehicle or the pedestrian was at fault in the Arizona case, the case does raise some potential issues of liability. If the vehicle is found to have been at fault, it is possible that the manufacturer could be held to be liable under theories of strict products liability or negligence.

Potential liability under a theory of strict products liability

If an accident happened in California involving an autonomous vehicle that killed someone, it is possible that the victim’s family could hold the manufacturer or designer of the vehicle liable under a theory of strict products liability. In products liability cases, it may sometimes be difficult to show that the companies were negligent. However, if a defect in the design or manufacture of the product caused an injury, the company may be strictly liable. In order to prove strict products liability in California, plaintiffs must be able to prove that he or she was harmed by a product that was defectively designed, had manufacturing defects or had insufficient warnings about the dangers it presented.

It is possible that a claim against Uber in this particular case might be filed under a theory of strict liability based on a design defect. If the design of the vehicle’s sensing system made it not recognize the pedestrian and slow down, then this theory of liability may offer a way for the family to recover damages from Uber in a wrongful death lawsuit. To prove this theory, the family members would need to show the following elements:

In this case, the woman’s family might be able to prevail by showing that she crossed the street in a reasonable manner such as in a crosswalk with the reasonable expectation that the Uber self-driving vehicle would slow down and stop in order to allow her to safely cross, for example. If the plaintiff was able to prove the required elements, the burden of proof would then shift to Uber to prove that the benefits of its product outweigh the potential risks of harm. If Uber was able to prove that the benefits outweighed the risks, then the defense would prevail. If Uber was unable to prove this, then the plaintiff would prevail. Uber would be required to prove the following elements:

This would require an analysis by the jury of whether or not there was a different design that could have been used by Uber and that was a feasible one to use.

Potential liability under a theory of negligence

Uber could also be liable under a theory of negligence for a wrongful death accident that occurs between one of its self-driving vehicles and another person or vehicle. In order to prove negligence, a plaintiff would need to prove that Uber designed or manufactured the vehicle and was negligent in its design or manufacture of it. The plaintiff would then need to prove that he or she was harmed, and Uber’s negligence was a direct or proximate cause of the harm that the plaintiff suffered.

Claims that may be filed against Uber or one of the other manufacturers of autonomous vehicles would likely include both theories of negligence and of strict products liability. As the technology continues to be developed, it will be important for the state and federal governments to address potential liability and insurance issues with new regulations and laws.

If you are injured in an accident involving an autonomous vehicle in which the vehicle was at fault, it is best for you to get help from an experienced personal injury attorney in Los Angeles. Determining the appropriate parties to name as defendants to the lawsuit and the proper claims to file may be complex. Contact the law office of Steven M. Sweat APC to schedule your consultation.