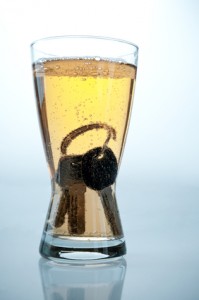 The California Court of Appeal for the Fourth District recently ruled that an employer may be held legally liable for an employee getting drunk at a company party and causing a fatal car accident.  The case is entitled, Purton v. Marriott International Inc. (for a PDF of the full court opinion, click here).

Facts of the Case: Michael Landri was employed as a bartender for the Marriott Del Mar Hotel in San Diego, CA.  The hotel was having its annual holiday party and Michael decided to “get the party started early” by consuming a couple of shots of Jack Daniels and some beer at home before leaving to go to the affair being held at the hotel.  At the event, he continued to consume alcohol, including hard liquor, being served by one of the hotel managers who was acting as a bartender for the event.  He apparently brought a flask with him to the party and the hotel manager filled the flask for him “to go.”  After the party, another hotel employee drove a group of workers to Landri’s house.  Landri stayed about 20 minutes without consuming any more alcohol and then attempted to drive a co-worker home.  Landri drove reportedly at speeds upwards of 100 mph, rear ended a car and killed the other driver.  His blood alcohol content was measured at 0.16 and he was convicted of gross vehicular manslaughter and sentenced to 6 years in prison.  The family of the slain victim sued both him and his employer, Marriott Hotels.  The trial court granted a Motion for Summary Judgment and dismissed the case on the basis that even the facts as viewed most favorable to the victim’s family would not be sufficient to hold the hotel liable for wrongful death.

Legal Issues: The main legal issue in this case stems from the legal doctrine of Respondeat Superior (a Latin phrase which literally translates, “let the master answer”) or vicarious liability.  This is the legal theory by which an employer (or “principal”) can be held responsible for the acts, errors or omissions of their employee (or “agent”).  Under California law, vicarious liability requires (at its most fundamental level) the proof of two elements as follows: (1) that the wrongdoer was an employee, agent, or acting on behalf of the employer/principal; and (2) at the time of the wrongful act, error or omission, the employee/agent was acting within the “course and scope” of the employment or agency relationship. (See: California Civil Jury Instruction 3701 based upon California Civil Code 2295, et.seq. and related statutes and cases.  A related issue was was whether the employer is responsible when the wrongful acts alleged (in this case consumption of alcohol followed by driving) occur some on “company time” and some on the employee’s “own time.”

Legal Analysis: There was no dispute in this case that Michael Landri was an employee of Marriott Hotels.  The dispute was whether he was acting “in the scope” of his employment with Marriott at the time he consumed alcohol and then attempted to drive under the influence causing the victim’s wrongful death.  The victims family pointed out evidence that it was customary to consume alcohol during hotel events like the holiday party, that employees were allowed to finish drinks left over from customers, do shots of liquor served by managers, taste new drinks and otherwise consume alcohol routinely while on shift.  They further argued that Marriott benefited from the party by promoting employer-employee relations and morale.  Marriott argued that consumption of alcohol by the employee was not within his “job description” per se and, further, that they shouldn’t be responsible for the employee’s consumption of alcohol on his own both before and after the office party.

The appellate court sided with the family of the victim killed.  They held that a reasonable judge or jury could determine that the legal cause of death (Landri’s intoxication) occurred during his employment activities with the hotel.  The Court was also not persuaded by Marriott’s argument that their liability ended when they dropped Landri home safe.  They court reasoned as follows:cutting off an employer’s potential liability as a matter of law simply because an employee reaches home,” the court added. Instead, “the employer’s potential liability under these circumstances continues until the risk that was created within the scope of the employee’s employment dissipates.”

Why is this decision important to Californians injured by drunk drivers?  Many times, drunk drivers have little or no insurance which leaves victims and their families without a pocket of recovery.  This case holds that an employer who condones drinking at job functions may be financial responsible if their employee injures or kills another person even after they leave an event.   As stated by the court, “[I]f a commercial enterprise chooses to allow its employees to consume alcoholic beverages for the benefit of the enterprise, fairness requires that the enterprise should bear the burden of injuries proximately caused by the employees’ consumption . . ..”

2. For discussion of the development of the legal concept of Respondeat superior dating back to English common law go to: http://en.wikipedia.org/wiki/Respondeat_superior