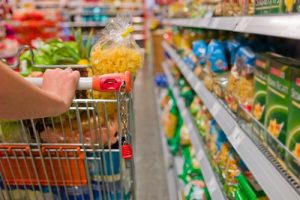 A recent case in California demonstrates how the extent and cause of a plaintiff’s injuries may be disputed even when liability itself is not in dispute. In the case, Plent v. Anheuser-Busch, LLC, Los Angeles Superior Court / BC551113, the injured plaintiff received far more at trial than she would have received if she had accepted the defendant’s final settlement offer.

The plaintiff, an 86-year-old woman, was shopping at an Albertson’s grocery store on May 14, 2013. While she was shopping, an Anheuser-Busch, LLC employee struck the woman with a loaded merchandise cart from behind. The woman fell to the ground and was injured. The incident was captured on the store’s surveillance videotape system. While Anheuser-Busch admitted liability, the extent of the woman’s injuries was at issue at trial. The injured woman filed a personal injury lawsuit against the defendant on July 9, 2014, alleging her injuries resulted from the defendant’s negligence. She asked for compensation for her future medical expenses, for her pain and suffering and for the loss of enjoyment of her life that the accident had caused.

The woman argued that she suffered from a combination of back injury and chronic pain. She argued that her injuries would require her to receive a number of different types of treatment, including visits to a rehabilitation medicine doctor, participation in a pain program, ongoing injections of botulinum toxin, in-home care, intra-articular injections, a vestibular program and physical therapy. She claimed that the cash value of those expected treatments was $290,000.

The defendant argued that the woman did not need any further treatment for the injuries caused by the accident other than mild analgesics and two physical therapy sessions to learn exercises she could do at home on her own. The defendant also contended that the woman’s issues were age-related rather than a result of the cart accident. Pointing to her pre-existing degenerative disc disease, the defendant argued if she did need any further care for a worsened injury, it would only require epidural shots for a total cost ranging from between $4,000 and $32,000. The defendant argued that in addition to her age and degenerative disc disease, the woman also suffered from scoliosis, generalized osteoarthritis, peripheral vascular disease, compression fractures of the thoracic and lumbar parts of her spine and segmental instability.

After a trial lasting 5 1/2 days, the jury deliberated for 2 hours and 45 minutes before returning a gross verdict in favor of the plaintiff in the amount of $886,974. Of that amount, $271,974 was awarded to compensate the woman for her economic losses while $615,000 was for the woman’s noneconomic losses.

If you or your loved one has been injured in an accident through no fault of yours or your loved one’s, contact a California personal injury attorney today. An attorney may be able to help if the extent of your injuries or the defendant’s liability is in dispute in order to secure the maximum possible recovery amount that you need to be fairly compensated for your losses.