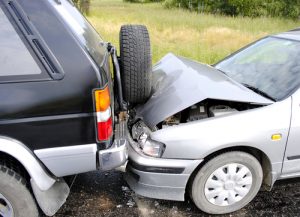 A recent personal injury case that was heard in Los Angeles Superior Court demonstrates a legal concept that is called the eggshell plaintiff rule as well as the difficulties with proving injuries in minor impact soft tissue cases. People who have received soft tissue injuries such as whiplash injuries or others in accidents that were caused by the negligence of other people might need to get help from an experienced personal injury attorney.

A 65-year-old unemployed student was driving his Chrysler 300 on Feb. 16, 2012, in the number one lane of the Southbound Harbor Freeway. His vehicle was hit from behind by the defendant, who was working at the time of the accident. His vehicle had minor damage. When the police arrived, the man said that he was not injured and refused an ambulance. After the accident, the man went and took a final exam in one of his classes. Four days later, he went to see a chiropractor and continued treatment for 30 sessions before being discharged from treatment on May 26, 2012. Before being discharged from chiropractic care, the man had MRIs performed on his neck and lower back.

Both of the MRIs showed degenerative disc herniations. In his neck, his MRI showed that he had herniations present at the C5-6 and C6-7 areas. In his lower back, his MRI showed that the man had a herniation present at the L5-S1 region. The man went to see a medical doctor on June 5, 2012. The doctor completed two epidurals in the man’s lumbar region on Nov. 12, 2012, and Dec. 12, 2012. The man went to see a neurosurgeon. That doctor said that decompression surgery could not be performed on the man because he had pre-existing heart and diabetic neuropathy conditions. The doctor recommended that the man should attend physical therapy, acupuncture and pain management treatment. The man didn’t receive any treatment between Dec. 12, 2012, and the date of trial.

The plaintiff argued that he was susceptible to being injured because of his preexisting conditions. He claimed that his susceptibility along with the physical forces involved in the accident combined together to cause his injuries. He also said that he suffered from ongoing pain and that his ability to perform his normal activities had been limited as a result.

Three months prior to the trial date, the plaintiff made a demand of $60,000. The defendant’s final offer before trial was $20,000. The jury deliberated for 2 1/2 hours before returning a verdict in favor of the plaintiff. The man’s total award amount was $1,041,697.

California recognizes the common law rule called the eggshell plaintiff rule. Under this rule, a defendant may not avoid liability simply because a plaintiff may be more prone to being injured because of a preexisting condition. A person’s susceptibility to injury may not be used as a defense in a personal injury case. A defendant will be held to be liable for all of the damages that resulted from his or her negligent or wrongful act regardless of whether the plaintiff had preexisting conditions that made it likelier that he or she would be injured more severely than a healthy person would.

Minor impact accidents may cause soft tissue injuries. These types of injuries are often difficult to prove in personal injury cases. It is common for people who have received such injuries to not realize that they are injured. They may refuse treatment and tell responding police officers that they were not injured. Symptoms of soft tissue injuries may not show up for days after an accident. Insurance companies will often try to claim that the injuries were caused by a preexisting condition instead of from the accident.

Because of this, it is important for people to seek medical care following an accident even if they do not initially believe that they have been injured. A doctor can perform a thorough medical examination in order to determine whether or not soft tissue injuries resulted. Whiplash and other related soft-tissue injuries often result in rear-end accidents. The physical forces involved in a rear-end collision may cause a person’s head and neck to be thrown forward and then violently back. This motion may cause damage because of the soft tissues and muscles in the neck and shoulders being hyper-extended.

Without prompt medical treatment after an accident, it is more difficult to prove that any soft-tissue injuries resulted from the collision. This is especially true in minor-impact accidents. People should not tell officers that they were not injured. Instead, they might simply say that they wish to get evaluated in order to determine if they have been injured. Defendants may use the words of the plaintiff against him or her at a resulting trial. While the man in this case was successful at trial, some people may find that their ability to recover damages is hampered by denying injuries or waiting to see doctors.

If you have been injured in an accident that resulted from another driver’s negligent actions, it is important for you to speak to an experienced personal injury attorney. When you have a preexisting condition that makes you more likely to be injured, that doesn’t matter under the law of California. An attorney may evaluate what happened to you in order to make a determination about the likelihood of recovery in your case.