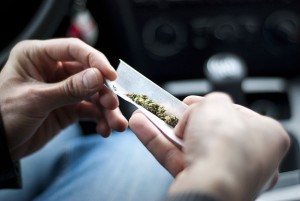 Drug Impaired Driving Accidents in California are becoming more and more of a problem.  Recent studies conducted by the Governors Highway Safety Association show that motor vehicle collisions where drivers are found to be under the influence of illegal narcotics or other drugs have significantly risen in the last decade. These studies have found that 40 percent of all people involved in a car wreck are under the influence of some type of drug. In addition, the study reveals that nearly 64 percent of all fatal car crashes involve the use of drugs.

This study takes into account all legal and illegal drug use. However, marijuana use is the highest reported substance at almost 35 percent, followed by amphetamines (a common drug used for ADD treatments and found in some diet medications) at almost 10 percent. The rest of the drugs that were discovered ranged from pain medications to prescription cough syrups.

Why California Drivers Should Be Alarmed

With such a significant increase in drug related crashes, residents of California must take into account that the state is considering legalizing the recreational use of this drug. Medical marijuana is already available in the state, but if it is legalized for recreational use, the potential for people driving under the influence of this drug significantly increases.

The Dangers Of Driving Under The Influence Of Drugs

Since there are so many drugs that have the potential to cause impaired driving, many researchers are focusing on the effects of marijuana on drivers. They have discovered that people under the influence of marijuana drive slower than other drivers, which can lead to hindering traffic. It has also been discovered that the reaction time of people under the influence of marijuana is half that of someone who is not intoxicated. This inability to react to situations on the road is perhaps the largest cause of the accidents.

Prescription medications, especially pain killers, can also cause drivers to be too intoxicated to drive. Many people believe, however, that because they are prescribed that they are safe to use while operating a vehicle. As a guideline, if a medication has the potential to cause drowsiness, drivers should avoid operating a motor vehicle.

One of the largest frustrations that doctors, researchers, and law enforcement are having with this subject is the inability to determine how much marijuana causes a person to be too intoxicated to drive. Unlike alcohol, there is no scientific way at this time on how to determine how much is too much to use and still be able to drive.

Each individual will react differently to marijuana. Additionally, different strands of marijuana have different effects on people. Then, to make matters worse, if people use marijuana with other substances, legal or illegal, the effects on their system can change. Because of this, law enforcement is being trained to look for physical signs of drug intoxication that would be common in all individuals, regardless of what they have consumed.

If you have been involved in a car wreck and the other driver was under the influence of marijuana or other drugs, you should contact a personal injury attorney to protect your rights. With so many different situations applying to this type of event, you will need a qualified lawyer to represent your case.

Even though the state has given authority to individuals to use marijuana for medicinal purposes, and is considering allowing recreational use of the drug, the users of marijuana have a duty to operate a motor vehicle safely. All drivers are required to take precautions to operate a vehicle with care and consideration for the other drivers on the road. If someone operates a vehicle without the ability to do so properly, then they must be held accountable for their negligent actions.

If you have been injured in this type of event, speak to an attorney to determine your rights as a victim and to discover what types of compensation you are entitled to for your losses.