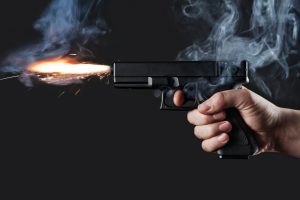 California employers are vicariously liable for the negligent actions of their employees while they are acting within the scope and course of their jobs and negligently cause injuries to others. However, employers are generally not liable for the actions of their employees when they are off duty. In Perez v. City and County of San Francisco, Cal. Ct. App. Case No. A161279, the California Court of Appeal considered whether the city was vicariously liable for the actions of a police officer who left his weapon unsecured in his vehicle at home.

Marvin Cabuntala was employed as a police officer with the San Francisco Police Department. The agency issued service weapons to its officers and also had the policy to allow officers to carry guns as secondary weapons as long as they were approved by the department. Cabuntala owned a handgun that was approved as a secondary weapon. He regularly carried it in his vehicle and also used it at home to protect his family.

The police department issued a bulletin in 2015 directing officers to ensure that their firearms were secured at all times, including when they were off-duty. Cabuntala worked both as a police officer and as a specialist. Specialists within the department worked on special operations outside of their patrol duties, including hostage-taking situations and others. Since specialists were on-call 24 hours per day, Cabuntala also stated that having his secondary firearm available to him at all times was important in case he had to respond.

On Aug. 11, 2017, Cabuntala was sent to a training in another county by the police department. The all-day training was conducted outdoors in hot weather, and Cabuntala wore full protective body armor during it. The participants had to run in a simulated situation during the training. While police officers were not allowed to bring their firearms to the training, Cabuntala transported his secondary firearm in his vehicle to and from the training session. After the training, Cabuntala drove home. He stated that he might have been suffering from heat exhaustion. Instead of securing his weapon and bringing it into his home, Cabuntala forgot his gun in his vehicle and left it unsecured. Someone stole his gun and subsequently used it to shoot and kill the son of Mayra Perez.

Issue: Was Cabuntala’s failure to secure his gun foreseeable and within the scope and course of his employment?

The defendants argued that since Cabuntala was off-duty when he failed to secure his personal gun and left it in his car, they were not vicariously liable for the theft and use of the gun to kill Perez’s son. The plaintiff argued that Cabuntala’s misconduct in failing to secure his gun was a foreseeable outcome of his being allowed to carry a secondary firearm as an incident to his employment as a police officer.

Rule: An employee can be found to be acting within the scope and course of employment when he or she engaged in an act that was required by his or her job or was incident to his or her employment and when the misconduct was foreseeable by the employer.

The court considered whether Cabuntala’s failure to secure his personal firearm when he returned home from work and the subsequent gun incident fell within the scope and course of his job. It noted that the rationale behind the doctrine of respondeat superior or vicarious liability in California is that an employer should be responsible for losses that can be attributed to the enterprise as a cost of doing business even when the employer is not directly at fault. Whether something might fall within the scope and course of employment depends on whether the risk of the misconduct arises out of the employee’s employment and is not startling or unusual within the context of the enterprise’s operations.

The employer’s vicarious liability extends beyond the actual control an employer has over an employee’s actions during the employee’s working hours and includes risks of misconduct that are created by or are inherent within the company or agency. The court considered whether Cabuntala’s actions in leaving an unsecured personal firearm in his vehicle and the weapon being stolen were reasonably foreseeable by the police department.

The court noted a difference between foreseeability in the context of a tort and foreseeability arising from the agency’s operations. It stated that while an employer will generally not be liable when an employee’s act substantially deviated from the employer’s policies and was willful or malicious, an employer can be liable when the employee’s misconduct was generally foreseeable as an incident to his or her employment even when the employee violated the agency’s policies.

The City cited Henriksen v. City of Rialto, 20 Cal. App. 4th 1612 (1993) to support its argument that it should not be considered to be vicariously liable for Cabuntala’s failure to secure his weapon while he was off duty. In that case, the City of Rialto encouraged officers to carry firearms while they were off duty. After an officer finished his shift, he met a friend at a bar for drinks. He placed his handgun in the waistband of his pants. When the pair left the bar to walk to a different one, the officer adjusted his pants, causing the firearm to discharge and strike his friend. In that case, the court found that the City of Rialto was not vicariously liable for the officer’s actions.

The Court of Appeal distinguished Henriksen. It noted that the officer in the Henriksen case had consumed alcohol and was carrying his firearm in his waistband. The Court of Appeal paid careful attention to the dissenting opinion in that case in which the dissenting justice noted that it was foreseeable that the officer would go drinking and that the city’s asking its officers to carry firearms at all times meant that it was also foreseeable that a gun might accidentally discharge and strike someone.

The court next looked at Cabuntala’s actions. It stated that the City of San Francisco had the policy to approve officers’ secondary handguns and allowed them to carry them while they were at work. Since the officers weren’t required to store the secondary firearms at work, the court also found that the police department reasonably knew or should have known that its officers regularly transported them. It also stated that specialists can be called to work at any time to respond to emergencies and must carry firearms when they do. The court ruled that a jury could find that Cabuntala carried his secondary firearm while he was on duty and kept it in his car in case he was asked to respond to an emergency at a jail located near the training area.

The court found that the City failed to show that Perez could not establish the City’s vicarious liability. It reversed the trial court’s summary judgment order and returned the case for further proceedings. The City was ordered to pay Perez’s costs on appeal.

Talk to an Experienced Injury Lawyer

If you or a loved one was injured because of the negligent actions of someone whom you believe was acting within the scope or course of his or her job, you should consult an attorney at the law firm of Steven M. Sweat, Personal Injury Lawyers, APC. Call us today for a free case evaluation to learn about your rights and options at 866-966-5240.