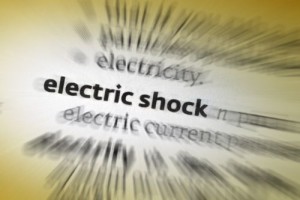 In a recent Riverside County case, a jury awarded the estate of a migrant farm worker $4.7 million in damages for his electrocution death while working at a fruit orchard. The 31-year-old man was working as a fruit harvester at the time of his death. He had been provided with a ladder by his employer that he was using to gather fruit from upper branches when it came in contact with a low-hanging power line, electrocuting him.

The lawsuit was filed by the decedent’s estate, the man’s wife and two children as well as a coworker against several defendants, including the site’s supervising company, S&R Farm Labor Contractor, Inc.; the Southern California Edison Company, or SCE, and the property’s owner, Circle K-5 Citrus Ranch/Kelley Trust. Reportedly, the jury took one day to deliberate before coming back with their decision following the five-week trial. In apportioning damages, the jury determined that SCE was 80 percent responsible, the man’s employer was 15 percent responsible and the site’s supervising company was 5 percent responsible. The jury did not hold the property’s owner responsible for any of the damages.

What the Plaintiffs Argued

The power lines were at a height of 18 feet and 10 inches, which the plaintiffs argued were too low. They also argued that SCE did not maintain the lines at 25 feet and also failed to either remove or trim trees that were growing beneath the power lines running over the property. The plaintiffs pointed to current regulations issued by the Public Utilities Commission requiring that power lines be no lower than a minimum of 25 feet. Finally, the plaintiffs argued that the jury should not consider that the man was a migrant worker, that his family spoke no English or that he was frequently away from his family for extended periods due to his work.

What the Defendants Argued

The defendants attempted to rely on former PUC regulations dating to 1946, the time the lines were installed, which at the time designated the minimum height of the lines from the ground to be 17 or 18 feet. SCE also argued that the line clearance had been changed in 2009 when an electrical pole was damaged. Further, the company argued they were only required to have their lines clearing trees by 18 inches. The defendants all argued that the man’s employer was at fault for not keeping workers at least six feet apart and by providing the man with a 20-foot ladder, as the trees, according to them, were only between 12 and 14 feet tall. The defendants also argued that the damages should be less because he had apparently been away from his family for a year, and that the man’s coworker did not suffer any emotional distress due to witnessing the accident.

Legal Standard for Wrongful Death Damages in the State of California

According to Steven M. Sweat, Personal Injury Lawyers, APC, an electrical wiring accident attorney, statistics from the National Safety Council and the Consumer Product and Safety Commission show that between 400 and 500 people die every year in the country from electrocution. Among the causes of such electrocutions in California are faulty wiring, which causes 20 percent of the cases, coming into contact with power lines and being shocked by consumer products and appliances.

When a loved one has been killed after being shocked by an appliance, a power line or faulty wiring, the family may be able to seek damages for their losses by filing a civil lawsuit against the persons or companies responsible. An attorney may be able to review the facts of the case in order to determine whether negligence likely occurred. They may then identify all of the legal grounds upon which to base the claims and file the civil complaint to initiate the case.