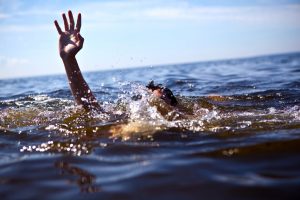 In California, many drownings and other types of water accidents happen each year at beaches located across the state. To help to prevent drowning accidents, counties and cities across California’s coastal areas post lifeguards who use jet skis to quickly respond when someone is in trouble in the water. However, a recent California Supreme Court decision revealed the ambiguity in the state’s speed limit laws for watercraft within 100 feet of swimmers or 200 feet of beaches, including jet skis used in water rescues by lifeguards.

Whenever people head to the beach, a lake, or a swimming pool, they need to be aware of the potential risks of drowning that they face. People should always make sure to follow all applicable rules, use life jackets, and avoid drinking when they plan to swim.

A man who was surfing off a beach located in San Diego was forced to dive off of his surfboard to avoid a collision with a jet ski being operated by a San Diego City lifeguard. The lifeguard was operating her jet ski at a speed greater than 5 mph when she allegedly cut the man off. When the man dove into the water, he was located in a shallow area and broke his neck. He suffered partial paralysis as a result. The man filed a lawsuit against the City of San Diego, alleging the lifeguard’s negligence caused his accident and injuries. The lifeguard testified that she never came more than within 10 feet of the surfer.

San Diego filed a motion for summary judgment, arguing that it was immune from liability under a law that covers people who engage in dangerous recreational activities. While the trial court agreed that this law applied, it still allowed the plaintiff’s case to proceed under an exemption to the law for gross negligence.

The plaintiff’s attorneys wanted to argue at trial that the lifeguard was grossly negligent because she operated the jet ski at a speed of greater than 5 mph in violation of the speed limit law contained in Cal. Harb. & Nav. Code § 655.2. Under this statute, people cannot operate watercraft at speeds of greater than 5 mph when they are within 100 feet of someone who is swimming or 200 feet of a beach where people are located. However, there are two exceptions to this law, including for watercraft being operated for law enforcement purposes that have blue lights attached and flashing and for subdivisions of the state government. San Diego argued that it could not install blue flashing lights on its jet skis because doing so was not feasible.

San Diego argued that it was a subdivision of the state since it is a municipality, so the exception to the 5 mph speed limit applied to the lifeguard. The trial court agreed and prevented the surfer’s attorneys from arguing that the lifeguard violated the speed limit law. At trial, the jury returned a verdict in favor of the city. The plaintiff filed an appeal to the Fourth Appellate District of the California Court of Appeal.

The City of San Diego filed a writ with the California Supreme Court, asking the court to review the decision from the Court of Appeal. The Supreme Court denied review and upheld the decision by the Court of Appeal. In its denial of the review, four Supreme Court justices pointed out that while the decision was odd, it still accurately reflected how political subdivisions are defined under California law. This means that county lifeguards could ostensibly operate their jet skis at speeds of more than 5 mph when they are within 100 feet of swimmers or 200 feet of beaches when trying to rescue drowning swimmers, but city lifeguards could not operate their jet skis at speeds exceeding an idle speed when trying to do the same.

The California Supreme Court urged the state’s legislature to correct this ambiguity in the law by specifically including cities as an exempt party to the speed limit law for watercraft. The decision has been met with criticism. People argue that the Supreme Court’s decision to uphold the Court of Appeal’s decision means that city lifeguards and cities will be exposed to liability if the lifeguards operate their watercraft at speeds of more than 5 mph or fail to install flashing blue lights on their jet skis. Because of this risk of liability, critics argue that swimmers will have a higher risk of drowning before they can be rescued.

California Supreme Court Justice Joshua Groban was joined by three other justices in urging the legislature to change the law. The justices stated that the law’s ambiguity means that swimmers will be placed in danger of drowning.

As a result of the Supreme Court’s decision to deny a review of the Court of Appeal’s decision, the plaintiff’s case will now go back to the trial court for a new trial. The trial court will now have to instruct the jury about the state’s 5 mph speed limit law for watercraft within 100 feet of swimmers or 200 feet of occupied beaches and state that the law applies to the City of San Diego and its lifeguards.

What this decision means

If the California Legislature does not modify the law to include an exception for municipalities, lifeguards operating jet skis on behalf of cities along coastal areas will not be able to travel at speeds exceeding an idle speed even when someone might be in danger of drowning. This means that swimmers along beaches that are patrolled by cities might have a greater risk of drowning because the lifeguards might simply be unable to reach them in time when they are struggling in the water.

By contrast, people who swim in the ocean at beaches patrolled by counties will have a greater chance of being rescued when they are drowning. Unlike city lifeguards, county lifeguards will be able to operate their jet skis at speeds of greater than 5 mph, giving them a greater opportunity to rescue people who are in danger of drowning.

City lifeguards might hesitate to operate their jet skis at speeds of greater than 5 mph because of a fear that they might face lawsuits. The City of San Diego stated that it was not feasible to install blue flashing lights on the city-owned jet skis. However, if the California Legislature does not act to change this law to exempt cities from the 5 mph speed limit, California cities might have to figure out how to retrofit their watercraft to operate with installed flashing blue lights so that they can travel at the necessary speeds to save people from drowning.

If you have suffered injuries or have lost your loved one in a drowning accident, you should consult with a Los Angeles personal injury attorney at the Steven M. Sweat, Personal Injury Lawyers, APC. We can review what happened in your case and help you to understand whether any legal remedies might be available to you. Call us today to schedule a free consultation at 866.966.5240.