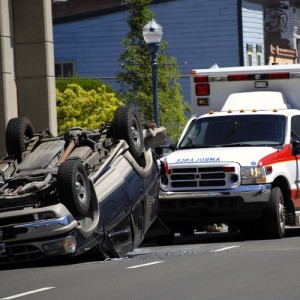 In an interesting personal injury claim coming out of California, the Court of Appeal for the Fourth Appellate District, has reinstated a plaintiff’s case arising from injuries sustained in a motor vehicle accident. (See Navarrete v. Meyer, (2015), CA Fourth District Court of Appeal, Case No. D067454).

Facts of the Case: On November 26, 2009, a vehicle driven by defendant, Brandon Coleman, was traveling with two passengers.  Defendant, Hayley Meyer, was riding in the front passenger seat and the second occupant was in the rear.  As the vehicle was traveling to a drug store, defendant Meyer is alleged to have encouraged the driver to turn down a street known to have a lot of “dips” and to go fast to attempt to “get airborne”.  Despite the stated speed limit of 25 m.p.h., the driver got the vehicle to an estimated 80 plus miles per hour, hit the “dip”, lost control of the vehicle and crashed into a parked vehicle.  At the time of the collision, plaintiff’s husband was standing alongside the parked vehicle attempting to strap a child into a car seat.  He was struck, his legs were both severed and he died of his injuries.  His wife brought a wrongful death claim initially against the driver and the County of Riverside, CA (claiming negligence operation of a motor vehicle and a dangerous roadway condition of public property, respectively).  The lawsuit was later amended to add passenger Meyer as a defendant under theories of “civil conspiracy” and violation of California Vehicle Code 21701, which states, in pertinent part as follows:

“No person shall wilfully interfere with the driver of a vehicle or with the mechanism thereof in such manner as to affect the driver’s control of the vehicle.”

Defendant, Meyer brought a Motion for Summary Judgment, claiming there were no “triable issues of fact” for a jury to decide on the claims against her and that she should have the case dismissed in her favor.  The trial judge granted this motion.  The Court of Appeal reversed holding as follows:

“The evidence here permits a reasonable jury to infer that Coleman accelerated the vehicle at Meyer’s request so Meyer (and possibly Calhoun) could observe and experience the car “gain air,” as she had experienced in past trips along that road.”

” … for purposes of joint liability under a concert of action theory, it suffices that Meyer assist or encourage Coleman’s breach of a duty, which Vehicle Code section 23109 impose upon him (and also upon her not to aid and abet Coleman).”

“We cannot say on Meyer’s summary judgment showing that the evidence is insufficient as a matter of law to support joint liability on a theory of civil conspiracy.   As we view it, the evidence raises a triable issue for a jury as to Meyer’s co-equal liability on such a theory.   Critically, the law imposed on Meyer personally an independent duty not to encourage or assist Coleman in engaging in an unlawful exhibition of speed.  (Veh.Code, § 23109.)”

My Analysis of this Decision as a California Accident Attorney and Injury Lawyer: Obviously, this was a tragic example of what engaging in and encouraging reckless driving can lead to (i.e. injury and/or, in this case, fatalities).  As personal injury attorneys, it is our job to zealously advocate for persons who suffer bodily harm or death as a result of the lack of reasonable care or outright wrongful or unlawful conduct of another.  Part of this advocacy process is to determine all the potential theories of recovery and decide who may have participated in the wrongful conduct or contributed to the incident giving rise to harm.

Given the facts of this case, I think the attorneys for the deceased were both thorough and creative in determining persons at fault and in crafting theories of recovery that went beyond a straight negligence claim against the driver.  Decisions like this one validate the reason for statutes which prohibit not only operating a motor vehicle in a reckless manner but, interfering with or encouraging other persons to engage in such reckless driving.

Under California Rules of Civil Procedure, the defendants in this case may seek a review of the decision by the Court of Appeal to the California Supreme Court.  The Supreme Court may agree to hear the matter or may let the ruling stand.  I am hopeful that the case will not be overturned and will remain precedent to be used by attorneys advocating for injury victims in California in the future.