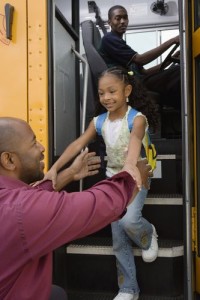 On March 1, 2012, a 17-year-old high school student was waiting at a bus stop in the Sierra foothills in Camino California. The bus stop was located at the intersection of Mace Road and Pony Express Trail. There was a utility line guy-wire next to the stop. Near the stop was a high-speed curve along the road. A woman traveling on the roadway lost control of her vehicle as she rounded the curve, striking the girl and pushing her into the guy-wire. This resulted in the girl’s leg being amputated below the knee. Initially, the surgeons protected the end of her femur so she could support herself using a lower-leg prosthesis. She developed an infection, requiring more of her femur to be removed for an above-knee amputation. The girl filed a lawsuit against the driver, the school district and the county.

The plaintiff presented several experts, including an accident reconstructionist, her orthopedic surgeon, a psychiatrist, a vocational rehabilitation specialist, a traffic engineering professional and others. She argued that the school district had negligently selected the location of the bus stop, as it was on the outside edge of the road’s high-speed curve, but that it was not the main cause of the accident. She also argued that the roadway’s superelevation also contributed to the accident and that the county was thus partly responsible. Finally, the plaintiff argued that the driver was negligent, traveling too fast around the curve, which was the main cause of the accident.

The driver denied liability throughout the case and at trial. She argued that she was not driving too fast at the time of the accident, instead blaming the accident on the roadway conditions including alleged ice on it. She contended that the accident would not have occurred if the school district had not placed the bus stop where it did. The bus stop was moved from its location after the accident happened, which the jury also heard.

Before trial, the plaintiff reached a settlement with the school district for $4,500,000 and the county for $560,000. She demanded $2,900,000 from the defendant driver, whose insurance company offered the policy limits of $100,000. Because of the way in which she was reportedly treated by the insurance company, the girl, through her attorney, argued she was entitled to payment in full from it. After deliberating for two days, the jury determined that the driver was 50 percent responsible, the school district 45 percent and the county 5 percent. They returned an award of $9,860,630.86. After the earlier settlements were subtracted out, the plaintiff’s net recovery was $4,800,000.

Traveling to and from school on a school bus is much safer than either walking or riding in a passenger vehicle. As the case demonstrates, however, bus stops also pose dangers to children. Many are seriously injured because of cars traveling too fast or passing school buses that are stopped. Others are injured or killed when bus drivers strike them. If your child has been seriously injured in a pedestrian accident in California, contact a personal injury attorney to learn about your rights.