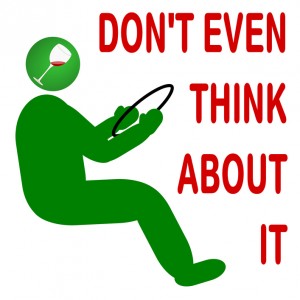 The Insurance Journal reported recently that the National Highway Traffic Safety Administration, in conjunction with the Automotive Coalition for Traffic Safety ( a conglomerate of 15 automakers including all U.S. Manufacturers ) has extended an agreement to continue supporting research into an auto detection system for drunk drivers. (See Article here).  The system dubbed “Driver Alcohol Detection System for Safety” (“DADDS”) is hoped to be able to automatically detect when a driver has reached the legal limit to operate a motor vehicle which is .08 blood alcohol content (“BAC”) and disable the vehicle without being affected by any other passengers in the vehicle who may also be legally intoxicated.  Apparently, the technology is years away from being able to be deployed but, the research to date seems somewhat promising.

How big of a problem are drunk driving accidents in California

According to statistics maintained and provided by the California Department of Motor Vehicles, the Golden State averages approximately 175,000 –  200,000 arrests for driving under the influence of alcohol or drugs in any given year which result in approximately 140,000 to 150,000 DUI convictions.  Fatalities resulting from consumption of alcohol or drugs by motor vehicle operators ranges between about 1,400 and 1,600 per year.  Injury causing collisions where alcohol or drugs were involved ranges between about 30,000 to 35,000 persons per annum.

While I think the technology discussed in the article gives hope for alcohol free driving at some point in the near to distant future, as a California personal injury lawyer, I don’t foresee any one thing being able to stop people from driving while impaired by the influence of alcohol or drugs for several reasons as follows:

For all these reasons and more, I don’t believe that automatic detection and disabling systems will ever completely eliminate persons driving drunk and/or high.  Unfortunately, irresponsible persons will continue to operate cars, trucks and SUVs while under the influence of alcohol and drugs.

What is the best thing any person injured or the family of a deceased loved one can do following a DUI crash?

Luckily, DUI accidents causing injuries and death have been decreasing over the past few decades.  Unfortunately, there will always be incidents where people are seriously injured or killed by intoxicated persons.  If this happens, it is always best to consult with a personal injury lawyer who is familiar with DUI and drug-related car accidents.  Such an attorney is familiar with the laws, the investigation of such claims and the means for gathering sufficient evidence to fully pursue claims for bodily harm including present and future medical expenses, lost income and earning capacity, property damage and compensation for the physical and emotional pain and suffering that these tragic cases cause to the victims and their families.  California law actually provides for all of these so-called “compensatory” damages and, in addition, allows for damages meant to punish persons found to have caused injury or death while under the influence (so-called “punitive damages”).  For a free consultation regarding any DUI accident or injury claim in California from award winning personal injury lawyers, call (866) 966-5240 toll free statewide.