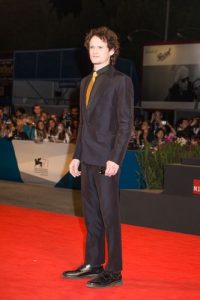 On June 19, 2016 actor Anton Yelchin was killed in a rollaway car accident in the driveway of his Studio City, California home. Mr. Yelchin, most famous for playing Chekov in the new Star Trek movies, had parked his Jeep Cherokee in his driveway, exited the vehicle and walked down the driveway to check for mail in his mailbox. At this same time, the Jeep came out of gear, rolled backwards, and pinned Mr. Yelchin between the Jeep and the large brick mailbox pillar, killing him instantly.

The parents of Anton Yelchin filed a wrongful death lawsuit against Fiat Chrysler. In their statement, the parents of the actor said that a safety notice was received by the actor in May of potential problems with the gear shifter in the Grand Cherokee. However, the notice did not state that there was a recall or that there was a solution to the problem. During the week following Yelchin’s death, a letter was sent to the home of the actor from Fiat Chrysler stating that a resolution to the gear problem was found and that the car was being recalled for repairs.

Yelchin’s parents are suing in excess of $5 million because they have stated that Fiat Chrysler knew that there was problems with the FCA US gear shift system due to over 300 reports of accidents and injuries, but continued to use the product without warning to the public.

At the same time, a group of Grand Cherokee owners proposed a class action lawsuit in Riverside against the manufacturers of the vehicles and the gear shifting device. The class action alleges that Fiat Chrysler has purposefully hidden the fact that their vehicles equipped with the FCA US electronic shifting system had a design defect and presented a safety hazard. The case further states that Fiat Chrysler purposefully hid hundreds of events involving the gear sift coming out of the park position.

In addition to these allegations, the Class Action lawsuit states that over 1.1 million vehicles in the United States are affected by this shifting system and that at the time of filing, there was no reasonably safe fix for this problem.
As a final note, the Plaintiffs allege that due to the safety concerns associated with the vehicles in question, and in light of the fact that a popular celebrity is believed to have been killed by this safety flaw, the Plaintiffs have now lost considerable resale value on these vehicles and have suffered financial harm.

A similar case has recently been filed in the Federal Court in Brooklyn, New York by two Grand Cherokee owners alleging that Fiat Chrysler should be forced to require all owners of these vehicles to stop operating the vehicles until they are fixed and should be financially compensated for their losses. This lawsuit states that even though Fiat Chrysler has stated that they will fix all of the problems by the end of the fourth quarter of 2016, past experience with recall repairs, such as the Jeeps that randomly caught fire, has shown that Fiat Chrysler is unable to complete repairs in a timely manner.

California Laws On Strict Liability, Failure To Warn And Negligence

Strict liability can easily be explained as responsibility. It is the responsibility of a manufacturer to place goods into the public marketplace that will not harm the end user. This applies to all goods manufactured, not just vehicles.

Once a product has entered the marketplace, it is the duty of the manufacturer to notify the consumer if some unforeseen problem arises with the product. In regard to this case, Fiat Chrysler was notified of several problems with the electronic gear shifting system. However, they continued to place this device in cars they were manufacturing and failed to warn consumers when the product was purchased of the potential risk. Furthermore, when the problem was discovered, it took Fiat Chrysler an extensive period of time to finally issue a recall notice.

Negligence is an act that can be described as actively doing something, or failing to do something, that others in the same position would find incorrect. In relation to this case, the manufacturer knew that there was problems with the electronic shifting system but failed to warn the public. Other manufacturers in the same position would have instantly enacted a recall for the dangerous device.

Speak To An Attorney

If you or a loved one has been injured by the dangerous gear system that is currently installed in the 2014-2014 Grand Cherokee, 2012-2014 Dodge Charger, or the 2012-2014 Chrysler 300, you may have certain rights under California law to seek compensation for your injuries and losses.

Speak with an attorney about the event surrounding your injury and how it relates to the recalled part on these vehicles. Your attorney can help you determine if you have the right to seek compensation from one or more of the companies involved with the dangerous FCA US electronic gear shifting system.